1 Million Dems Apply to Vote By Mail in PA 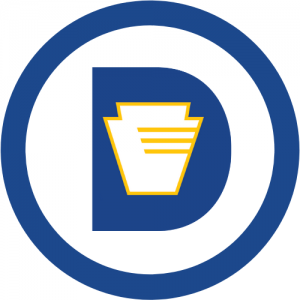 Democrats in Pennsylvania have the upper hand for vote-by-mail at this point in 2020 over Republicans in the Keystone State.

The PA Democratic Party credited reaching the 1 million threshold as a result of the shift in the state party’s “Back to Blue” strategy to urging voters to sign up to vote-by-mail as a result of the coronavirus pandemic. The release added that they hosted over 1,200 participants in online seminars focused on the vote-by-mail process, holding 11 days of action, partnering with Shapiro for Pennsylvania, the Democratic National Committee and the Democratic Attorneys General Association to send over 1 million texts to Pennsylvania voters, plus making nearly 750,000 phone calls to voters in the state.

“Our Back to Blue organizing team is one of the best the commonwealth has ever seen, and we’re just getting started,” said Sinceré Harris, Executive Director of the Pennsylvania Democratic Party. “Even with COVID-19, we didn’t skip a beat.”

“We immediately re-oriented our program toward remote organizing and encouraging Pennsylvanians to vote safely from home — and we have dominated the GOP in vote by mail signups ever since,” Harris continued. “This is hard work paying off — from grassroots volunteers to our local, state and national partners. Pennsylvania Democrats are fired up, energized, and ready to go back to blue in November.”

The Republican National Committee fired back by touting the amount of voters they have reached online since shifting to digital campaigning as a result of COVID-19 in mid-March.

“With over 60 staffers on the ground and over 2 million phone calls made since making the switch to 100% virtual online campaign activities, Trump Victory in Pennsylvania continues to dominate the Keystone state with our permanent, data-driven ground game that hasn’t left the state since 2016,” said RNC Spokesperson Michael Joyce. “We’re playing chess, while Pennsylvania Democrats are playing checkers.”

While the RNC may attempt to shrug off the amount of Democratic voters in the commonwealth that have applied to vote-by-mail, Republicans in the state find themselves in a tough spot over the matter.

Reuters reports that as President Donald Trump “has made no secret of his disdain for mail-in voting, proclaiming frequently – without evidence – that such balloting is riddled with fraud,” Republican officials in the state fear falling significantly behind Democrats in this form of voting.

“We don’t want to start the election down 500,000 votes,” Allegheny County GOP Chair Sam DeMarco told Reuters. “Republican leaders in the state need to embrace it or else we could pay a price.”

Philly Clout also reported on this dilemma for Republicans in the beginning of May by writing that, “The Republican National Committee in April sent mailers to Pennsylvania voters urging them to vote by mail,” although Trump has been vocal against mail-in voting.