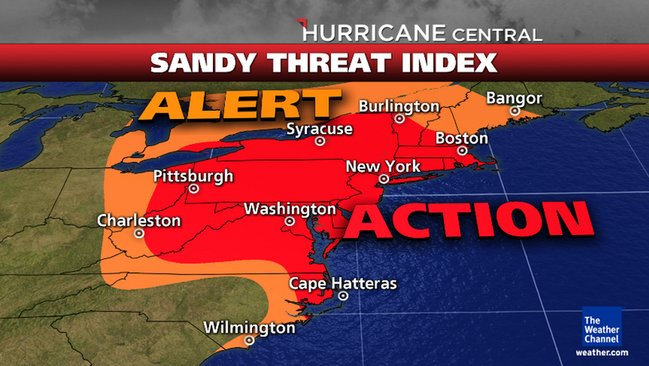 Good morning politicos, we hope you’re hunkered down and ready for the storm. The U.S. Senate race turned from warm to white hot over the weekend, with tons of new ads and outside spending. Here’s the Buzz.

Boring and Bumbling, Casey and Smith Debate in Philly: When Pennsylvania voters make their choice in 10 days, they won’t see a great orator on the ballot for U.S. Senate. But Democratic Sen. Bob Casey’s informed yet boring and bland performance stood above Republican Tom Smith’s passionate fumbling and nonspecificity.

Both Senate Candidates Up With New Attack Ads (Watch Videos): The U.S. Senate race is hot, the polls are close, and both Sen. Bob Casey and GOP challenger Tom Smith are on the air with new, negative ads.

Inquirer Poll: Obama Up 6, Casey Up 7: Barack Obama and Bob Casey have healthy leads according to the latest poll commissioned by the Philadelphia Inquirer. Obama leads Mitt Romney 49 percent to 43; Casey leads Smith 49 percent to 42.

Breaking: NRSC Coming to PA with $500K: In yet another sign that the Pa. Senate race is on the national radar, the National Republican Senatorial Committee will spend $500,000 to boost GOP challenger Tom Smith.

Smith Continuing to Out Fundraise Casey: Money hasn’t been a problem for GOP Senate candidate Tom Smith. His campaign to out is continuing to out raise Senator Bob Casey’s campaign.

Rasmussen: Casey up by 1: Senator Bob Casey is clinging to a one point lead over challenger Tom Smith in the latest Rasmussen poll. It shows Casey leading GOP hopeful Tom Smith 46-45.

PA-11: Stilp Campaign Ad: “I Can Take The Heat” of Congress (Watch Video): Gene Stilp released a new campaign ad, in very typical Gene Stilp fashion. He says he can “take the heat” of Congressional corruption.

PA-12: CUPVF Poll: Rothfus up 4: A new poll conducted by the conservative Citizens United Political Victory Fund shows Keith Rothfus with a leg up over Mark Critz in Pennsylvania’s most competitive Congressional race.

PA-12 Here’s Round 4 from the DCCC Against Rothfus (Watch Video): Today DCCC kept up its Medicare attack on GOP challenger Keith Rothfus.

SD-35: The race between Sen. John Wozniak (D-Cambria) and GOP challenger Tim Houser has risen to the top of the list Republican targets in the state Senate. The Johnstown Tribune-Democrat has this story on the race.

SD-37: A poll commissioned by Democratic state Senate candidate Matt Smith shows him ahead of his Republican opponent Raja 53 percent to 40. Meanwhile, Raja’s final ad of the campaign is a potent spot starring his wife.

SD-49: The Erie Times-News checks in on the battle between Republican Janet Anderson and Dem Sean Wiley.

HD-31: The Bucks County Courier Times endorsed Rep. Steve Santarsiero (D-Bucks) for re-election. He faces GOP challenger Anne Chapman. “Santarsiero has been a thoughtful and energetic legislator, and he is evolving into the kind of leader we need in our much too corruptible state Legislature. For these reasons, we strongly urge voters to send Rep. Steve Santarsiero back to Harrisburg.”

HD-32: The Pittsburgh Post-Gazette endorsed Rep. Tony Deluca (D-Allegheny) over Republican Lawrence Paladin. “Despite his long tenure in the Legislature, Mr. DeLuca’s energy for the work is not flagging, he continues to be an effective representative for his district and he holds an important position as the ranking Democrat on the House Insurance Committee.”

HD-47: Dem Sarah Speed slammed her opponent, Rep. Keith Gillespie (R-York) for his sponsorship of a bill that would prevent women from getting additional money if they give birth while receiving on TANF welfare. Gillespie withdrew his sponsorship after learning that the bill contained language that would compel women to prove they were raped in order to receive that additional aid. The York Daily Record also checked in on the race.

HD-89: The Herald-Mail has a recap of the race between Rep. Rob Kauffman (R-Franklin) and Dem challenger Susan Spicka.

HD-93: A note to candidates seeking to address climate change: resist the temptation to use any specific natural disaster as your “hook.” To wit Linda Small, the Dem meteorologist running against Rep. Ron Miller (R-York), issued a Hurricane Sandy/Halloween press release  Sunday: “To beat those who would happily create more Frankenstorms, vote. The brain dead/evil politicians are mainly found in the Republican party. My opponent is one of them.”

HD-104: The race between Rep. Sue Helm (R-Dauphin) and Dem challenger Chris Dietz has been heating up. The Patriot-News reports.

HD-116: Dem Ransom Young, challenging Rep. Tarah Toohil (R-Luzerne), is keeping up the ethics attack. Sunday, he criticized Toohil for making over $1,200 in ATM withdrawals from her campaign account in 2011 and 2012.

HD-118: For the second straight election, State Rep. Mike Carroll, (D-Luzerne), is being challenged by Terrence O’Connor, an attorney (and member of a Tea Party group in Stroudsburg). The Citizens Voice has the story.

HD-120: Pittston Politics checks in on the race between Re. Phyllis Mundy (D-Luzerne) and Aaron Kaufer. So does the Citizens Voice.

HD-134: The Express Times takes a look at the race between new Rep. Ryan Mackenzie and Dem challenger John Reynard.