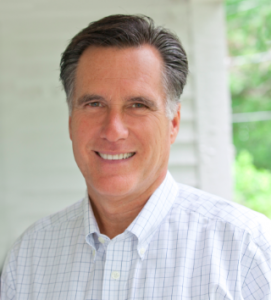 Grover Goes to Bat for Rothfus (Watch Video): Grover Norquist, the powerful conservative head of Americans for Tax Reform, is spending $495,000 to defend Republican Keith Rothfus against attacks related to his famous pledge.

Critz Hits Rothfus on Familiar Medicare Charge (Watch Video): It’s one of the most competitive congressional elections in the country, and with the launch Wednesday of Mark Crtiz’s new ad it’s becoming one of the most boilerplate. The spot contains familiar attacks over Medicare, as does Rothfus’s response.

NRCC Adds $200K to PA-12 Buy: The National Republican Congressional Committee is upping its ante in PA-12. The committee this week added $200,000 to its efforts to defeat Rep. Mark Critz (D-Cambria), according to several sources.

Marino’s First Ad Touts Toughness (Watch Video): One day after the release of Phil Scollo’s first TV ad, Republican Tom Marino has put out an commercial of his own. It’s a 30 second positive spot about his accomplishments as a Congressman and former U.S. attorney.

Santorum Coming Back to Pa: Former Pennsylvania Senator and presidential candidate Rick Santorum will the keynote speaker at the Franklin County Republican Party’s fall dinner later this month. There, he’ll try to rally the party base for election day a week later.

HD-83: Poll: Mirabito Leads GOP Challenger by 25 Points: State Rep. Rick Mirabito is one of the GOP’s top targets in 2012, but he has a healthy lead over Republican challenger Harry Rogers according to a new poll. The survey by Lycoming College shows Mirabito ahead 55.2 percent to 30.3 percent.