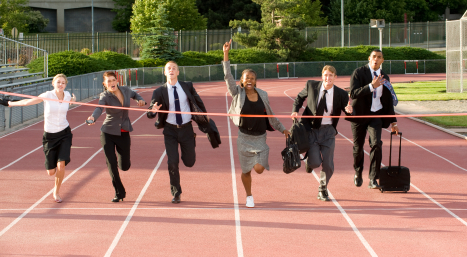 Romney Rallies in Bellwether Bucks: Mitt Romney spent some of the waning hours of the campaign in Bucks County Sunday night where he spoke to 25,000 excited supporters who braved the cold. It was part of a last-minute, multi-state tour in the final two days of the campaign.

Top Ten PA House Races: Final Days: There’s just 36 hours of campaigning left to go, and the picture for the state House is getting clearer. Here’s our latest look at the state House seats most likely to switch party control.

PA Scrambles to Minimize Sandy’s Election Impact: Hurricane Sandy has wreaked havoc across the East Coast and officials are trying to minimize its effects on the political arena.

11/2 Ups & Downs: Here it is: our final Ups & Downs list before the election. We’ve got a massive list for you today.

Ryan, Republicans Barnstorm Across PA: Vice Presidential candidate Paul Ryan got a hero’s welcome from 2,000 Republican supporters Saturday during a rally at Harrisburg airport. It’s one of several events around Pa. this weekend with top GOP surrogates.

Trib Poll: Obama, Romney Tied at 47: President Barack Obama and Mitt Romney enter the final 3 days of the campaign at a dead heat according to the latest survey from Susquehanna Polling and Research.

PPP Poll: Obama 52, Romney 46; Casey 52, Smith 44: The top of the ticket is looking safe for Democrats according to the latest survey from Public Policy Polling. And Gov. Corbett would lose by 10 points to a generic Dem opponent.

Abortion & Colin Powell: Obama’s Ads in Philly: TV viewers in the Philadelphia market are seeing a different mix of Obama campaign ads, including this one about abortion and another featuring former Secretary of State Colin Powell.

Trib Poll: Casey 46, Smith 45: The U.S. Senate race is a dead heat, according to the latest poll commissioned by the Pittsburgh Tribune-Review. Casey leads by 1 point, 46 percent to 45.

Smith Poll: Smith, Casey Tied at 46: Tom Smith and Bob Casey are neck and neck, according to the latest internal survey from the Republican Senate hopeful’s pollster.

Chamber Launches Ad Against Casey (Watch Video): The U.S. Chamber of Commerce has chosen its final target of the 2012 cycle, and it’s U.S. Senator Bob Casey. The national business group launched a television ad slamming the Democrat in western Pa.

Maher Up with 15 Second TV Spot (Watch Video): Republican Auditor General hopeful John Maher is finally on TV. He’s got a basic 15 second spot that boasts his newspaper endorsements and his background as an auditor.

Once Again, Marino Evades Opponent: This is getting ridiculous. Rep. Tom Marino cancelled a radio show appearance scheduled for Monday because the station wouldn’t refuse his opponent the opportunity to call in.

Romney, Clinton Join Bucks Battle: With only days until the election, and a Romney rally in her own district, Kathy Boockvar has enlisted help from a favored Democratic heavyweight in order to close the gap between herself and incumbent Rep. Mike Fitzpatrick (R-Bucks).

WaPo Upgrades Rothfus: GOP challenger Keith Rothfus is now a slight favorite in his race against Rep. Mark Critz (D-Cambria), according to the Washington Post.

Badey, Meehan Battle Over Budget: George Badey and Rep. Pat Meehan attempted to set the record straight about what the Ryan budget proposal means for Medicare and the country in their only debate of the campaign. They talked FEMA, too.

Dunbar in Disarray: Police Incident & Staff Problems Mire Dem Challenger in HD-177: Bad poll numbers, a police incident with a former staffer, and a campaign run by students. It’s another day on the campaign trail for William Dunbar. The Democratic challenger to John Taylor, Philadelphia’s last Republican state Rep, has been mired in problems since September.

The Philly Gay News made its 2012 endorsements (spoiler alert: all Dems).

SD-15: One word, “education,” defined the first 6 months of this race. Two words have defined the past 2 weeks: “commuter tax.” ABC 27 has the back-and-forth on Republican John McNally’s accusation that Dem Rob Teplitz supports such a tax, and Teplitz’s protestations that he doesn’t. In other news, “Dreamgirl” actress Sheryl Lee Ralph and her husband Sen. Vincent Hughes (D-Phila) rallied for Teplitz in Harrisburg on Sunday. Finally, here’s an op-ed from write-in candidate Alvin Q. Taylor.

SD-37: KDKA has this final recap of the heated state Senate race between Republican Raja and Dem Matt Smith.

HD-16: North Pittsburgh Politics has oodles and oodles of mailers in the race between Rep. Rob Matzie (D-Beaver) and challenger Kathy Coder.

HD-29: Brian Munroe is a Democrat with a decent resume, but a tough opponent in Rep. Bernie O’Neill (R-Bucks). Here’s his ad, airing on cable TV, slamming O’Neil for taking government perks.

HD-39: Dave Levdansky closing ad is a brutal hit on Rep. Rick Saccone (R-Allegheny), the man who beat him in 2010. This is one of the top state House races in Pa.

HD-41: The Lancaster papers have a look at the race between Rep. Ryan Aument (R-Lancaster) and his plucky Dem challenger Marcy Dubroff.

HD-50: Democrats are expected to retain the seat of now-incarcerated Rep. Bill DeWeese (D-Greene). The Tribune-Review has the latest on the race between Greene Co. Commissioner Pam Snyder and Republican Mark Fischer.

HD-51: PoliticsPA has its share of being cited in campaign attack ads. But this is.. something else. This video by GOP challenger Gary Gearing against Rep. Tim Mahoney (D-Fayette) is a MUST WATCH.

HD-112: Kevin Haggerty beat Rep. Ken Smith in the Democratic primary in April and is a favorite to win. Tragically, this is in part because his opponent Ray Nearhood was in an auto accident in August and is presently in a coma. The Scranton Times-Tribune backed Haggerty, saying, “The editorial board endorses Mr. Haggerty, who is certain to be hardworking.”

HD-115: The Scranton Times-Tribune declined to endorse in this race: “Democrat Frank Farina of Jessup and Republican Theresa Kane of Olyphant seek to replace Mr. Staback. Mr. Farina has demonstrated little grasp of key issues; Ms. Kane has spoken in broad terms about being business-friendly, but also has questioned the legitimacy of crucial government functions such as zoning. The Times-Tribune editorial board does not endorse either candidate.”

HD-120: We’re beginning to wonder whether we missed the boat by not including this race in our top 10 list. Rep. Phyllis Mundy (D-Luzerne) faces GOP challenger Aaron Kaufer, who is backed by HRCC and CAP. Pittston Politics has a look at the mailers, and also reports that West Pittston Councilman Brian Thornton slammed Mundy over her actions during Tropical Storm Lee.

HD-143: The Bucks Intelligencer endorsed Rep. Marguerite Quinn (R-Bucks) for re-election over GOP challenger Joe Frederick. They wrote, “As a representative, Quinn comes with a good dose of moderation and compromise with a splash of independence. We think those are qualities that are sought by voters in the 143rd District, and why we endorse her candidacy for another term.”

HD-159: The campaigns and tenure of Rep. Thaddeus Kirkland (D-Delaware) has been rife with apparent conflicts of interest. The Daily News takes a comprehensive look at it all, following up on allegations by Kirkland’s GOP opponent Jay Schiliro, the Mayor of Marcus Hook.