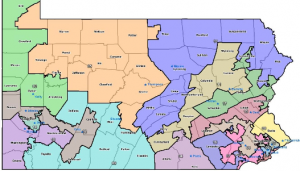 Thompson Gains Democratic Challenger: An army veteran and lifelong resident of Thompson’s district has jumped into the race to unseat him. And he says he won’t get out even if Jay Paterno gets in.

Reader Poll: Kane Should Be Most Thankful: Readers said that Attorney General Kathleen Kane should be the most thankful politician this year.

HD-8: State Rep. Dick Stevenson (R-Mercer) won’t seek re-election in 2014. The seven-term lawmaker, 68, serves in leadership as Republican Caucus Administrator. “The best part about my tenure in the State House has been getting to know the people and the issues that affect them on a daily basis. I am grateful for having had this opportunity to serve. It has been an honor and a privilege,” he said. The district includes Butler and Mercer counties is reliably red. Republicans have a 55% to 34% voter registration advantage. Stevenson retained about 75% of his voting constituents after redistricting.

HD-74: The seat previously held by Bud George (D-Clearfield) moved to Chester County via redistricting and will be a safe Democratic seat. Joshua Young, three term Caln Township Commissioner launched his bid for the Democratic nomination on Tuesday. The major battle of this district will be the Democratic primary; Downingtown Mayor Josh Maxwell is also planning to run.

“Being a leader in tough economic times is very difficult. I have made tough decisions, and taken tough votes because I know that the things that are worth doing usually aren’t easy. I have the experience voters want, and the strength our community needs, as my record clearly shows,” Young said.