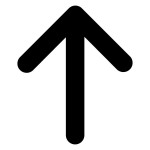 Democrats. What a moral victory for the party this week. Dems around the state proclaimed as (almost) one: “At long last, the system worked!” The Pa. Supreme Court blocked the new state House and Senate maps which would have helped shore up a GOP majority in both chambers. Then there’s the news that the Court may try to use the 2001 lines, which would allow the party to win back a number of the seats it lost in the wave of 2010 in the 2012 Presidential election year.
.

Frank Dermody. His district is one that got more blue under the proposed map – maybe why he voted for it on the Legislative Reapportionment Commission. But if the 2001 map sticks, not only is his seat tougher, but he’ll probably see an intra-party challenge in Harrisburg. After all, odds are the SEPA part of the caucus is going to get bigger.
.
.
. 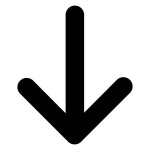 Pa. Supreme Court Justices. This down doesn’t speak to the merit of the Court’s decision, but the optics. Within half a day of their decision being announced, the story had morphed to their ensuing trip to Puerto Rico. Not to mention that candidates from both parties have little instruction to go on even as the petition deadline nears.
.
.
.

Capitolwire. The news service showed us this week what that subscription is worth. DeCoursey’s exclusive with Justice Baer is the story of the month. It turned what was already chaos into a mud fight.
.
.
.
.
.

PAGOP. The redistricting ruling put Republicans on serious defense for the first time since 2010 as leaders and lawmakers scramble to gauge the situations and determine their response. When Justice Baer’s comments were published in Capitolwire – that he believed the Court likely to stick to 2001 lines for 2012 – the party went after him. It comes across less like a legal or PR strategy and more like plain old anger.
.
.

Separate primaries. Some observers are talking about the possibility of separating the federal and state primaries to give the Commission time to turn in an acceptable remap. Sure it’s expensive, but so is the federal litigation that will almost certainly ensue – courtesy of the GOP – if the Court tries to stick to the 2001 lines.
.
.
.

Steve Welch. Everyone opposes endorsements who can’t get ‘em. But the backing of state committee, which is expected to endorse Welch on Saturday at the Governor’s behest, will give the Senate hopeful a significant boost in logistics and fundraising.
.
.
.
.

Charlie Gerow. We want to say this now before/in case the bubble bursts. Newt Gingrich’s strong win in South Carolina on Saturday has people talking about a long primary season, potentially all the way to Pa. on April 24. Gerow recently signed on as Gingrich’s Pa. state director, and could see some major business his way if that happens.
.
.
.

Patrick Murphy. In a three-way primary where Murphy had to face a fellow SEPA candidate with an Irish name, it was a toss-up. But when McCaffery dropped out of the race this week, his odds improved dramatically. His name ID is better than Kathleen Kane, the remaining candidate, and now he can consolidate his base. Plus he picked up the endorsement of Philly Mayor Michael Nutter.