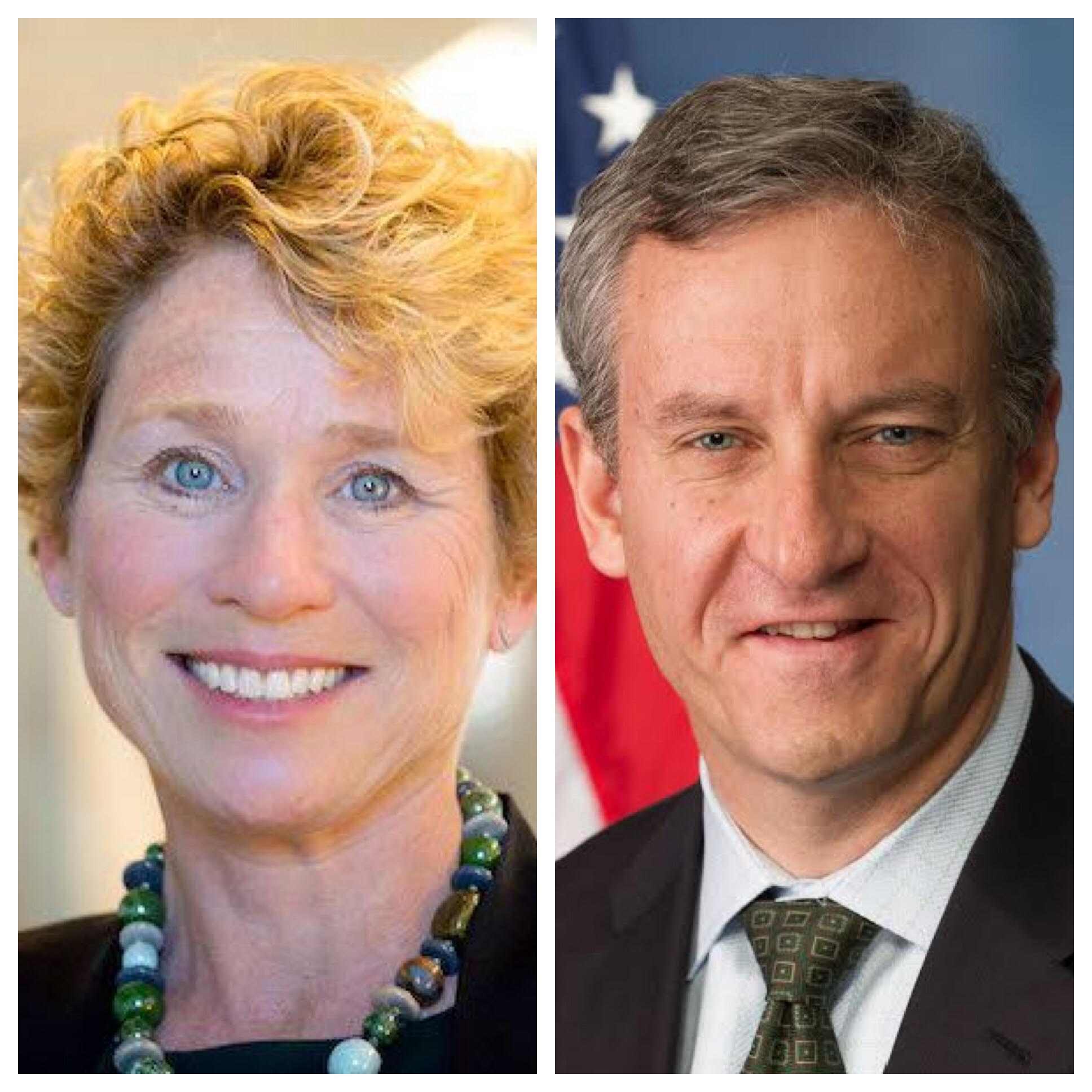 Will Pennsylvania Democrats have a voice in crafting the national party’s message for the incoming term?

Rep. Matt Cartwright (D-Lackawanna) and member-elect Chrissy Houlahan (D-Chester) are hoping for a seat at the table.

According to Roll Call, both Cartwright and Houlahan have launched bids for one of the three co-chair slots on the Democratic Policy and Communications Committee, which they deem the “messaging arm of the caucus.”

Houlahan is currently the only candidate in this race for the DPCC that is an incoming freshman. She also uniquely announced her “late entry” into the race through a video in addition to a letter.

“We need someone who’s been through this recently to be able to have that conversation about what it is really like to be a candidate or a congressperson in the post-Trump environment,” she said in the Roll Call story.

“This next two years will test America’s commitment to the ideal of e pluribus unum, that out of many we are one. Every day we wake up to headlines of our national political leaders choosing to sow division and doubt instead of building on the foundation of our shared American values or sense of common purpose,” Houlahan said in a statement to PoliticsPA. “I’m running for this leadership post as an incoming member to help turn that around, to make sure we focus our Democratic vision on what we’re for and not who or what we’re against. We were elected to represent all of the people in our districts, not only the people who voted for us. Our politics and message should reflect that.”

Cartwright announced his candidacy before October. Politico shared Cartwright’s letter toward the end of September.

“The Democratic Party has always been a big tent,” Cartwright writes in the opening of the first paragraph. “We pride ourselves on the ability to boldly fight for progress while protecting and honoring those that have helped us get this far. I represent a district that President Trump won by double digits and I am winning as a progressive Democrat. I know what it will take to promote a strong progressive message while appealing to voters with a broad range of priorities.”

Cartwright is currently the only candidate for this position to represent a district that Trump won, which he sees as a positive for his candidacy.

“Congressman Cartwright is running to be a Co-Chair of the DPCC to help this team continue to develop messaging support for the whole caucus, not just for Members in places where Democrats win easily. Rep. Cartwright is the only person from a Trump district running for DPCC. He faced a hotly contested general election race this fall, and brings a battle-hardened approach to the question of how Democrats need to be discussing the issues,” said Colleen Gerrity, Campaign Manager, Cartwright for Congress.

The Pennsylvania Republican Party sees the bids of Cartwright and Houlahan as an effort to assist Rep. Nancy Pelosi and the progressive wing of the Democratic Party.

“Before she’s even been sworn-in or accomplished anything for her new constituents, Chrissy Houlahan is angling for a partisan Washington insider gig on Nancy Pelosi’s leadership team,” said Republican Party of Pennsylvania Communications Director Jason Gottesman. “Houlahan is showing Pennsylvanians her real priorities: serving Pelosi and climbing the Washington ladder.”

“Matt Cartwright is a leader of the Congressional Progressive Caucus—a group that counts among its standard-bearers socialist Bernie Sanders and Maxine Waters—and has supported dangerous positions like protecting sanctuary cities,” Gottesman said. “Given his background and legislative record, it is no surprise that Matt Cartwright would join the chorus of those falling over themselves to join Nancy Pelosi’s leadership team and work with her to implement policies that would raise taxes on working families and insert government into the lives of every Pennsylvanian in a way never contemplated in our Constitution.”

Throughout Cartwright’s campaign, his Republican challenger John Chrin often tried to tie his Democratic opponent in for supporting sanctuary cities and Rep. Nancy Pelosi. Cartwright fought back on those attacks through multiple ads stating he does not support either.

The Republican Party in Pennsylvania and beyond also has frequently tied in Democrats seeking office across the state as beholden to Pelosi, but neither Cartwright or Houlahan has officially announced their support for her bid yet for Speaker of the House.

Houlahan stated that she has “enormous respect” for Speaker Pelosi and is “leaning towards voting for her” as Speaker in an interview with CNN’s Jake Tapper yesterday.

“I have enormous respect for leader Pelosi and for the work that she’s done leading our party today and in the past as well. I wouldn’t be standing here unless people like her did the work that they’ve done…I stand on her shoulders” Houlahan said. “…I had the opportunity to sit down with leader Pelosi… we had a terrific conversation and I’m actually fundamentally leaning towards voting for her, but I take this responsibility very very seriously…”

On CBS’s Face the Nation, Houlahan was also asked if she supported Pelosi for Speaker and mentioned that as of now she was the only candidate for Speaker so it appears her vote is going towards her.

“Right now she’s the only person who’s running, so it would appear as though that’s where my vote would go and right now I believe that she’s an effective person in that job,” Houlahan said.

When she was asked if she was open to being swayed, she said she believes it is heading in the direction of Pelosi holding the position.

“I believe right now it looks like as though it’s heading in the direction that she will be our Speaker and I think she’s a pretty powerful person and capable person.”

According to the Morning Call, Cartwright is uncommitted.

“He said that Pelosi “knows the job and she knows how to keep the caucus together.” But Cartwright added that he wants to hear the arguments when the caucus meets privately next week to vote on the leadership team,” the Morning Call article reports.

Cartwright’s campaign relayed the message to PoliticsPA that he wants to hear “all speeches” before making a decision.

“…The Congressman is not committed, and intends to wait until hearing all the speeches concerning the merits of this race on November 28 before making a decision,” Gerrity said.

This story has been updated with a comment from Houlahan and Cartwright.