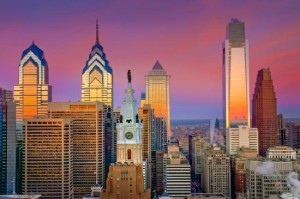 “I am thrilled that we continue to build such a strong and experienced team to help us remain on time, on task, and on budget,” said Rev. Leah D. Daughtry, CEO of the 2016 Democratic Convention. “Each these individuals bring immense talent and I have no doubt that their contributions will help us meet our goal of making the 2016 Democratic Convention the most diverse, engaging and forward-looking Convention in history.”

The DNC last revealed their new hires in October and unveiled their leadership in July. The convention will take place in Philadelphia from July 25th to 28th, 2016.

The committee provided the following biographies of each new employee:

Dennis brings more than 15 years’ experience working with non-profit, political, and public affairs organizations.  He joins the DNCC team from RTI International, where he served as Director of Government Relations.   Prior to that he founded Clover Consulting, a strategic consulting firm, and served as Chief Financial Officer at the Climate Reality Project.  Dennis has significant experience working in Democratic politics including senior positions with the 2013 Presidential Inauguration, the 2004 and 2008 Democratic Conventions, and at the DNC as an aide to then-Chairman Terry McAuliffe.

Chris joins the DNCC team from the Association of Asian American Investment Managers (AAAIM) where he has been President of the organization for the last two and a half years.  He previously worked on the 2012 and 2008 Democratic Conventions as well as having served three and a half years at the U.S. Small Business Administration (SBA).

Cynthia recently served as a legislative consultant and in 2014 as Political Director/Deputy Campaign Manager for State Senator Leticia Van de Putte’s Texas Lt. Governor race. From 2009-2014, she served the Obama Administration at USAID-Agency for International Development as White House Liaison, and then as Senior Advisor in its Center for Transformational Partnerships. In President Bill Clinton’s second term, she became the first Hispanic woman appointed as White House Political Affairs Office Chief of Staff in a Democratic Administration. Before USAID, she worked for the Dewey Square Group in State, Local, and Multicultural Strategies.

Tamia served as Director of African American and Women’s Outreach at the Office of Intergovernmental and External Affairs, as well as the Chief of Staff for the Office of the Regional Director, both at the US Department of Health and Human Services. She also managed outreach and communications to youth leaders as the Youth Liaison at the Presidential Inaugural Committee in 2008. Tamia also served as the National Co-Youth Vote Director for Obama for America. In 2014, she was the recipient of the NAACP’s Unsung Hero Award.

Kelli joins the DNCC team from New Blue Interactive, where she was a Senior Digital Strategist. Prior to that, she was the Digital Campaigns Lead for Mozilla here in Philadelphia, where she managed and maintained the strategy and engagement of the international Foundation email list of over one million supporters. In 2012, Kelli was the Deputy Digital Director for Obama for America in Iowa.

Clark joins the DNCC team with nearly 15 years of political experience.  He served as the Director of Political Affairs and Communications for the Los Angeles County Democratic Party. He also serves as a Regional Director and the Asian Pacific Islander Caucus State Chair for the California Democratic Party. Previously, Clark ran the targeted field campaign for Rep. Judy Chu in 2009 and managed the successful campaign of California Assemblymember Ed Chau in 2012 in the first Asian American and Pacific Islander (AAPI) majority state legislative district in the continental United States featuring AAPI candidates from both major political parties.