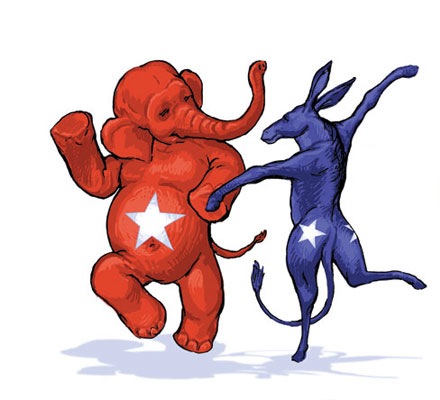 GOP Settling for 2001 Lines? Today is the final day for most candidates to file their petitions (it’s Thursday for state House and Senate hopefuls), and several Republican sources indicate the party is likely to give up on efforts to delay the primary.

Nursing Homes Answer Proposed Cuts With Diplomacy: While others are protesting in the Capitol and gearing up for a budget fight, Pa’s nursing homes are signaling they want to work with the administration and the legislature. The 4 percent cut to Medicaid follows an up to 18 percent decrease in Medicare at the federal level, effectively hitting nursing homes with a one-two punch. Their advocacy org PHCA acknowledges DPW’s serious budget problems, but explains its nursing homes are having a difficult time maintaining quality care.

DePasquale Wins Dem Auditor General Debate: Eugene DePasquale is not the only Democratic candidate for Auditor General, be he might as well be. He won the Pa. Progressive Summit straw poll 98 percent to 2 percent after Sunday’s debate.

Pa Progressives Discuss “Assault on Women’s Health”: In the past few weeks, abortion and other reproductive health issues have reemerged as top campaign issues. At the Pa. Progressive Summit on Saturday, women’s rights advocates gathered to discuss specific initiatives in Pa.

SD-35: Sen. John Wozniak officially announced his re-election bid. “There is a tremendous amount of work to do.  With my seniority in the Senate, I am well-positioned to help our region create jobs, improve schools and craft a brighter future,” he said in a release.

SD-37: The Post-Gazette has confirmed rumors from the 2/3/12 Buzz that Raja – the 2011 candidate for Allegheny Co. Executive – is circulating petitions for the seat of retiring Sen. John Pippy.

HD-79: The Penn Patriot blog has a copy of a letter from Rep. Rick Geist’s campaign about his primary challenger John McGinnis. His camp calls McGinnis a radical, and says Geist has supported the main tenets of the Tea Party.