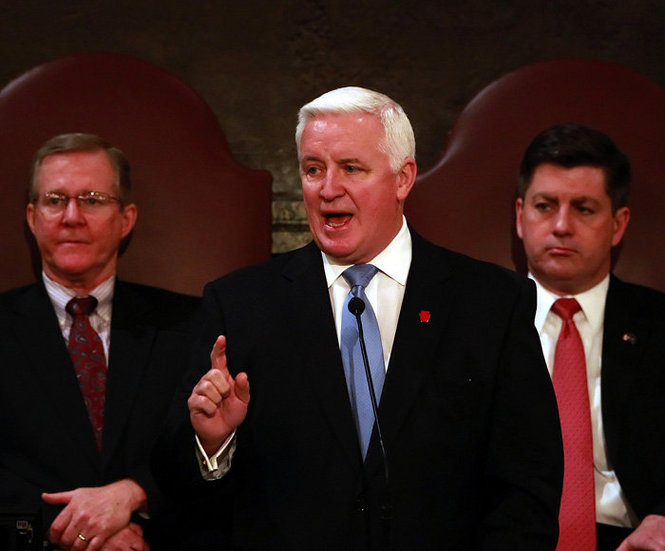 Good morning politicos, and welcome to the Buzz. Allow us to congratulate Rick Santorum and get right to the big story of the day: the budget.

Budget Winners & Losers: The budget is a long way from settled, but based on Governor Corbett’s speech and some reactions, here are a few of the big winners and losers of the opening salvo in the budget battle.

Budget Reax: Reactions from across the political spectrum have come in the wake of Gov. Corbett’s Budget Address this morning in Harrisburg.

Have you hear the one about PennDOT? Senate hopeful Sam Rohrer in 2006 compared rules requiring drivers licenses (and vehicle registration) to slavery, saying both restrict liberty. He didn’t back away from that assertion in an interview with Borys Krawczeniuk.