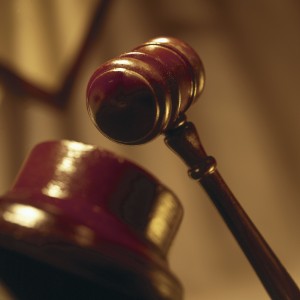 Special Elections: What’s Next: The Supreme Court ordered Speaker Sam Smith to call special elections for the 6 vacant state House seats. Here’s a run down of what the ruling means, what comes next, and which party is likely to benefit.

PA-7 Race Off To A Slow Start: The race for Congress in the 7th district should be one of the top in the state. Freshman Republican Pat Meehan must defend a record with no shortage of tough votes in a suburban Philadelphia seat in a presidential campaign year. But so far, things are off to a slow start.

Patrick Murphy Opens Wide Lead In Endorsements: Attorney General hopeful Patrick Murphy this week picked up the support of a number of Lehigh Valley Democrats and the Philadelphia Fraternal Order of Police, adding to his significant list of endorsements.

Pa. Scorecard: Club for Growth: Toomey, Pitts and Murphy get good marks from the anti-tax organization for their votes in 2011, while Casey, Brady and Schwartz bring up the rear.

Super PAC Targets Incumbents: National Journal reported this morning that a Super PAC, “The Campaign for Primary Accountability” is targeting 11 incumbent congressman. Among the 11 are Holden and Murphy. According to the paper, the PAC has raised $1.8 million so far.

FBI Raids Home of Rep. Fattah’s Son: According to the Philadelphia Inquirer, federal agents early this morning raided the home of U.S. Rep. Chaka Fattah’s son and the law office of an attorney who has received millions in contracts from the Philadelphia school district.

HD-3: Republican Jason Owen kicked off his campaign Wednesday to replace the retiring Rep. John Hornaman (D-Erie). An attorney by trade, Owen played up his Erie roots. “We need to send a strong and independent leader to Harrisburg who will fight for Erie County,” said Owen. “We’ve been spoiled to have a Governor from Erie, and an ally like Jane Earll in the Senate. Those days are gone, through redistricting we’ve already gotten a taste of what our future will look like without strong leadership in the Capitol.” He faces Regina Smith in the primary, and would face Democrat Ryan Bizzaro in the general.

HD-48: State Rep. Brandon Neuman will be the only Democrat on the ballot in this district. His prospective primary opponent, Washington County Jury Commissioner Judith Fisher. She turned in just 400 petition signatures and says she doesn’t have the money to contest the court challenge of 215 of them. Neuman is now unopposed.

HD-50: The GOP’s challenge to Rep. Bill DeWeese’s petitions – on the grounds that he was convicted of corruption – was thrown out. He will remain on the ballot.

HD-151: Will Sylianteng, the Democrat running against Rep. Todd Stephens (R-Montco), issued a statement about his campaign kick-off. “I have a two year old daughter and with everything that comes out of Harrisburg these days, I worry about her,” he said in a statement. “I worry about the quality of education we will be leaving to her and her generation…”

HD-183: Danielsville native Matt Miles is announcing a write-in campaign for the Lehigh Valley district. He must get 300 write-ins to make the ballot for the fall. As it stands now, Rep. Julie Harhart (R-Northampton) is unopposed.