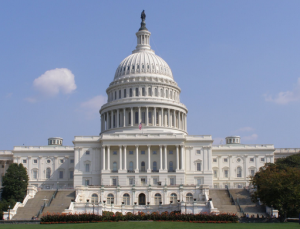 PSU’s Spanier supports Paterno, Kane charges Sen. Washington, Clinton to fundraise for Margolies and we give out petition scorecards for the Gov and Lt. Gov candidates. Good morning politicos, here’s the Buzz.

PA-Gov: Litz Drops Out: After failing to file her petitions, the Lebanon County Commissioner will no longer seek the Democratic nomination for governor.

PA-Gov: Corbett and Cawley Ticket Receives 50,000 Signatures: The incumbent Governor and Lt. Governor display a strong support base heading into the primary.

PA-13: Bill Clinton To Headline Margolies Fundraiser: The former President will support Margolies in her race to regain the 13th District.

PA-6: Candidates For The Open Seat Solidified: In what will likely be one of the most watched races of the year, the field has been set.

PA-Lt. Gov: Petition Scorecard: Stack wows the competition and one candidate drops out.

PA-9: Three Republicans and One Democrat File: Shuster has over 3,700, while Halvorson’s grassroots campaign managed to get over 3,000.

Barletta Bill Unanimously Passes in the House: The bill would protect volunteer fire houses from having to provide healthcare to its employees.

AG Kane Announces Charges Against Sen. Washington: The charges include one count of theft of services and one count of violation of the conflict of interest statute.
Legislative Elections Update:

SD-4: Senator Washington Democratic primary challenger, Brian Gralnick issued the following statement following yesterday’s indictment of Washington. “State Senator Leanna Washington needs to immediately come clean in a public setting on what role she played and what she did, and did not do, with taxpayer money. Voters deserve to know how her alleged theft of taxpayer money influenced her election, including this primary.”

SD-44: Chester County Commissioner Kathi Cozzone filed over 800 petition signatures for her candidacy for the State Senate in the 44th Senatorial District. She will face Sen. John Rafferty in the general.

HD-36: Rep. Erin Molchany alleges that Rep. Harry Readshaw used a taxpayer funded mailer to mislead voters about pay equity and women’s rights. “Utilizing rhetoric better suited to the past then 2014, Rep. Readshaw takes time to let citizens know that “Education has an effect on the pay gap which begins early in women’s careers, right out of high school, if they graduate,…” and that, “Once confined mainly to the home, women now have a range of opportunities out in society.” Even Readshaw’s definition of pay equity misses the mark when he writes,”Pay equity encompasses: Equal pay for work of an equal value or comparable worth for jobs that are not identical, for example, a nurse and a carpenter.”” Readshaw and Molchany are squaring off in the Democratic primary for the new district that merged them together.