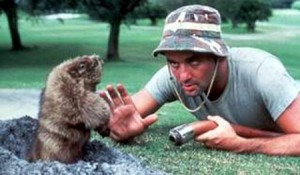 The groundhog is officially in the doghouse. Good snowy morning politicos, here’s the Buzz.

And here they are in case you missed last week’s Ups & Downs.

Democrats Fundraising and Listbuilding the Heck Out of Pileggi Electoral College Plan: Despite a lack of indications that legislation bill is going anywhere, Democrats have embarked on a frenetic push against a proposal to change the way Pennsylvania allocates its electoral college votes.

WaPo Ranks PA Guv Race #6 in the Nation: The Fix over at Washington Post rated Pennsylvania number 6 on its latest list of Governorships most likely to change party control. It’s a promotion from number 8 last time.

House Passes Liquor Bill: Following seven hours of debate on Thursday, the Pennsylvania House approved HB 790 105-90. This is the furthest that any legislation has made it through the Pennsylvania General Assembly since the end of Prohibition eighty years ago.

Reader Poll: Will Liquor Bill Pass The Senate? After much debate, HB 790 passed the Pa. House on Thursday. Will it pass the Senate?

Reader Poll: Castor For Gov: Last week we asked readers who the Republicans should support for governor in 2014, Tom Corbett, Bruce Castor, or someone else. Out of 854 votes, Castor came in first with 44% of the vote. “Someone else” came in ahead of Governor Corbett by a narrow margin of 2%.