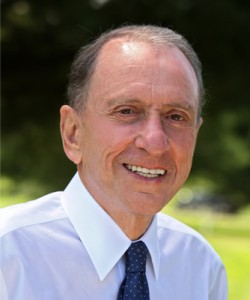 Good morning politicos, here’s the Buzz. The conservative confab at PLC didn’t disappoint – tons of news this weekend as the presidential campaign continues its march into Pa. Plus Specter’s book is a day from hitting shelves.

Specter Still Making News With ‘Life Among the Cannibals’: Arlen Specter was a leading character in Pennsylvania politics for decades. PoliticsPA takes a look at his forthcoming book, ‘Life Among the Cannibals,’ in which the former Senator recounts the stimulus, the birth of the Tea Party, and the 2010 primary, and tells where the bodies are buried.

Smith Tax Votes Play in Senate Campaign: GOP Senate hopeful Tom Smith has consistently spoken out against tax increases on the campaign trail. But the Pa. Democratic Party says his record as a Plumcreek Township Supervisor in the 1970s undermines his credibility on the issue.

3/23 Ups & Downs: It was a very busy week in Harrisburg and Pa., and plenty of people had big ups and big downs. See who had the best week and who had the worst.

From the Pa. Leadership Conference:

Santorum Thanks PA for ’06 Loss at PLC: Rick Santorum’s 2006 loss was a necessary “self-correction,” the presidential candidate said Saturday morning. He told a crowd of conservative activists at the Pa. Leadership Conference that his lopsided re-election defeat gave him a better perspective from outside the beltway.

Welch Takes Lumps at PLC Senate Debate: The audience responded favorably to most of Steve Welch’s answers at the U.S. Senate debate during the Pa. Leadership Conference. But the biggest crowd reactions came when his opponents – primarily Marc Scaringi – criticized him for his party switch and Obama vote.

Toomey: No Endorsement and Not Likely To Be VP: Senator Pat Toomey fielded questions from reporters regarding his take on the presidential race in a brief press conference held today at the Pa Leadership Conference in Camp Hill Pennsylvania.

Altmire, Critz Face Off: The two incumbent congressmen vying for the Democratic nomination in the 12th congressional district faced off in a meeting with the Pittsburgh Post-Gazette editorial board. They zinged each other from their alternatively liberal and conservative standpoints.

Karen Ramsburg Takes on Bill Shuster: Karen Ramsburg of Mercersburg is a self-described “mother, nurse and activist,” who is hoping to give incumbent Congressman Bill Shuster a run for his money in the upcoming November election.

SD-37: PoliticsPA has occasion over the weekend to chat with Sue Means, running to replace retiring Sen. John Pippy (R-Allegheny). She said her grassroots contacts would help her overcome the establishment advantage of Rep. Mark Mustio and the financial advantage of Raja. Each is also seeking the seat. She also points to a positive write-up in the Tribune Review. “When you look at the budget problems in this state, you can trace them all back to teacher strikes,” the homeschooling advocate told PoliticsPA. “Strikes mean higher pensions, pensions lead to higher costs. We need to ban teacher strikes.”

SD-49: Former Sen. Anthony “Buzz’’ Andrezeski got knocked off the ballot for his old Senate seat for having too few signatures. He represented the Erie-based district before the current Sen. Jane Earll. Earll is retiring, leaving the Democratic primary to four other candidates. The Republican candidate is Janet Anderson.

HD-169: There aren’t many elected Republicans in the Philadelphia. In fact, there’s only one whose position isn’t mandated by the City Charter: Brian O’Neill. The Councilman endorsed Dave Kralle Friday. “It is a pleasure to stand side by side with Dave Kralle as he endeavors to join me in representing the great people of Northeast Philadelphia. I’ve worked with Dave for a number of years and know that he has the dedication and passion to serve the neighborhoods of this district” said O’Neill. Kralle is the GOP candidate in the special election for former Rep. Denny O’Brien’s seat. He also faces a primary challenge from John McCann to be the GOP nominee in November.

HD-182: The debate drama continues. Rep. Babette Josephs responded to complaints by attorney and LGBT advocate Brian Sims complained that she has been dodging debates. “As we know, Brian is a prolific fundraiser and his latest money-raising stunt is to plead for more debates,” said Julia Ramsey, Rep. Josephs’ campaign manager. “The first we heard of this was in a fundraising e-mail from Brian’s campaign. Babette agreed to debate Brian once. That’s more than enough free publicity. Voters want a legislator not a fundraiser.”