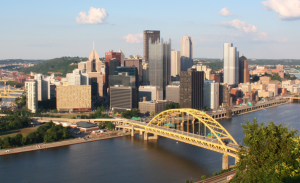 Casey Holds Off on Gay Marriage Support: In the past year, many Democrats – including President Obama – have gone from supporting civil unions to supporting gay marriage. Bob Casey is one of 10 Democrats in the U.S. Senate who has not.

Wyda Out; Stabile Has Clear Path to Superior Court Nom: Allegheny County Judge Ron Wyda has withdrawn his name from the ballot in the Republican primary for Pa. Superior Court. His departure leaves Cumberland County attorney Vic Stabile with a clear path to the nomination.

Peduto Poll: Peduto 30%, Wagner 21%, Lamb 12%: The Pittsburgh mayoral primary field is set, and according to an internal campaign poll from Bill Peduto’s campaign so are the candidates’ numbers.