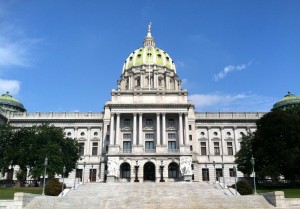 Miss this weekend’s statewide progressive conference? We’ve got the skinny on which candidates were there. Good morning politicos, here’s the Buzz.

Schwartz Wins Progressive Summit Straw Poll: Allyson Schwartz was the top choice to face Gov. Tom Corbett for the activists at this weekend’s Pa. Progressive Summit. The Congresswoman took a plurality – 36.6% – of the votes in a straw poll of attendees.

Activists Meet, Candidates Work the Room at Progressive Summit: Liberal activists of all stripes descended on Harrisburg this weekend to discuss ways to advance their myriad agendas. Meanwhile, prospective candidates worked the rooms and hallways to court their support.

BruceCastor.com, and Other Moves by the Montco Commish: Bruce Castor, the Montgomery County Commissioner who has floated the possibility of challenging Gov. Tom Corbett in the GOP primary, has launched a website. Here’s what else he’s been up to.

Ravenstahl: Won’t Seek Re-Election, Will Stay in Office: Luke Ravenstahl will not seek another term as Pittsburgh’s Mayor, he announced at a press conference today. He will serve out the remainder of his term.

3/1 Ups & Downs: It was a busy week politicos, and we present the most epic down arrow in the history of PoliticsPA.

Prospective Candidates Work the Room at Montco Dems Meeting: Between the Guv campaign and a potential primary for Allyson Schwartz’s congressional seat, Montgomery County is a hot spot for politics this cycle. PoliticsPA stopped by the Montco Dems endorsement meeting Thursday night to see who was there.