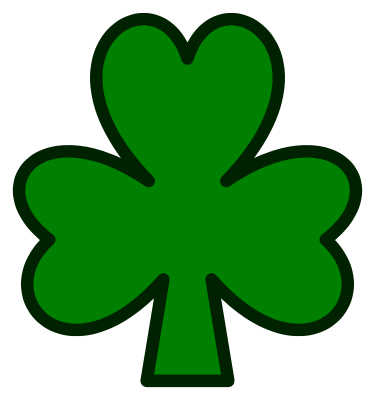 Good morning politicos, and welcome to the Buzz. We hope everyone attending St. Patty’s Day events this weekend has a blast – especially at good old-fashioned political events. (Here’s looking at you, NEPA!)

Luzerne Dems Back Holden, Vinsko: Rep. Tim Holden won the bellwether Luzerne Dems endorsement Thursday night thanks in part to a strong speech on his behalf by his former colleague Chris Carney. Holden is being challenged by Lackawanna County attorney Matt Cartwright in the 17th district primary.

Casey Votes for Keystone XL Pipeline: It’s official: we’ve entered the stage of the campaign where Bob Casey can’t do anything right. The Senator voted with the GOP in favor of a bill to advance the Keystone XL oil pipeline Thursday night, and his opponents accused the him of switching positions.

Speaking of Casey, he’ll be hosting his St. Patty’s Day event at Finnigan’s Wake in Philly tonight at 5. It’s an annual who’s who. And there’s a new Montco edition later this evening.

Air War Begins in PA-4: Wednesday, Chris Reilly became the first candidate on the air in the crowded GOP primary in the race to replace Rep. Todd Platts. He launched a 60-second radio ad boasting of his accomplishments as York County Commissioner.

SD-15: The Pa. Chamber of Business and Industry confirmed its endorsement of Republican John McNally for the seat. “I’m not second-guessing what the board decided,” said President Gene Barr. He was responding to concerns by another GOP candidate, Josh First, that he hadn’t been fairly considered. The board made its decision to endorse based on the 2011 preliminary maps, which were subsequently thrown out. Barr said both McNally and First had solid business records. And here is the York Dispatch’s profile of First.

HD-77: Rep. Scott Conklin’s only filed GOP opponent, Joshua Troxell, is trying to withdraw from the race. He’d rather avoid the certainty of legal fees against the uncertainty of remaining on the ballot, given that he only turned in 343 signatures (300 are required). He said he may run a write-in campaign.

HD-83: One candidate is calling shennanigans in the GOP primary to take on Rep. Rick Mirabito (D-Lycoming). Christopher Bain is accusing his opponent Harry Rogers, husband of Lycoming County Controller Krista Rogers, of playing politics with a petition challenge. He had 387 signatures. Mirabito is perennially among the GOP’s top state House targets.

HD-134: The conference of Republicans from Berks and Lehigh counties unanimously recommended the nomination of Ryan MacKenzie for Doug Reichley’s former seat. He’s a front runner for the seat, both in the special election and in the concurrent primary.