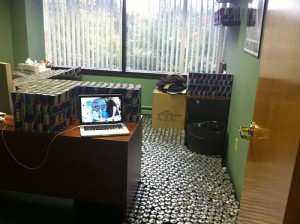 Good morning politicos, here’s the Buzz. Hopefully all the campaign staffers out there had the chance this weekend to relax and catch your breath and clean up the office. The general election starts today.

If you missed Keegan on PA Newsmakers this weekend, you can watch it here.

Primary Election Ups & Downs: This is our longest Ups & Downs ever! Here’s who really impressed us on election day, and who didn’t.

Who Won the “War on Women” Tuesday? As the war on women rages between pundits on national cable news, PoliticsPA takes a look at its proxy fights during Tuesday’s election. How well did Planned Parenthood do?

Cook Calls PA-12 a Tossup: Mark Critz overcame the odds on Tuesday when he defeated fellow Rep. Jason Altmire. But he’s only half done. He now heads into a general election matchup with better-funded GOP challenger Keith Rothfus. The non-partisan Cook Political Report moved the district from “lean Dem” to “toss up” today.

Boards of election around the state begin today counting write-in votes as the November ballots finalize.

SD-33: Who will get the Democratic nomination on a write-in? Will it be Sen. Rich Alloway, his far right opponent James Taylor, or actual Democrat Bruce Neylon. Time will tell.

HD-7: Will Rep. Mark Longietti (D-Mercer) make the GOP ballot as well? Nearly 500 Republican write-ins were counted (300 are needed), and Longietti has been the GOP candidate before.

HD-14: There were 1,200 Dem write-ins for the seat of Rep. Jim Marshall (R-Beaver). Democratic Midland Councilman Sam Rosatone Jr. ran a concerted write-in campaign, but so did Marshall.

HD-50: The race for Bill DeWeese’s seat in Greene County is as entertaining as it is confusing. The Observer-Reporter has some of the possible scenarios now that DeWeese is officially a felon.

HD-79: Rick Geist is done, says the Blair Co GOP Chair. He doesn’t have enough write-in votes to run as a Dem, or absentee votes to catch up with Joe McGinnis on the Republican ticket. Meanwhile, McGinnis cited Geist’s decline to have a debate as a reason for the outcome, and the Altoona Mirror posits that Geist’s loss will reduce that area’s clout.

HD-193: Adams County Dems are crowing over their successful write-in attempt for Mike Strausbaugh, having done so secretly so as to preempt Rep. Will Tallman from doing the same. The two will now (likely, pending the count of write-in votes) face off in the November. It’s a rematch; Tallman beat Strausbaugh 75 to 25 in 2010.