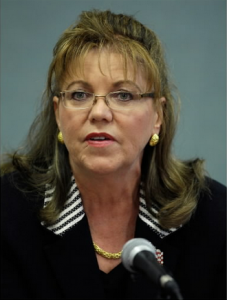 PA Supreme Court Justice Joan Orie Melvin to be Charged Today: She’ll be charged with using taxpayer resources for campaigning, the same as her sister Senator Jane Orie who was convicted earlier this year.

PAGOP Says No Wright Attacks in 2012: A fair attack, or race-baiting? John McCain muzzled conservatives’ use of Jeremiah Wright, President Obama’s controversial former pastor, for fear that it would increase racial tensions. But in an era of super PACs and decentralized message control, Mitt Romney’s preference might not matter. The PAGOP, however, will follow Romney’s lead.

NRCC Names Perry a Young Gun: In all likelihood State Rep. Scott Perry is 8 months away from being Congressman Scott Perry. But the GOP’s national congressional campaign arm isn’t taking chances; they added him to their candidate-boosting program Thursday.

Sen. Bob Casey Jr. Targets Facebook Co-Founder in New Bill: During the 2012 election cycle Democrats are positioning themselves as the “defenders of the middle class,” and Sen. Bob Casey Jr. is honing that message by attacking the top .001 percent of income earners, including Facebook co-founder Eduardo Saverin.

HD-104: Chris Deitz is the Democrat facing Rep. Sue Helm (R-Dauphin). From his campaign: “Chris Dietz has been endorsed by Progressive Majority, www.progressivemajority.org, joining a small group of only 20 candidates from across the United States. Chris is running to advocate for quality education, government reform, and to foster job creation in the 104th House District and across the Commonwealth.”