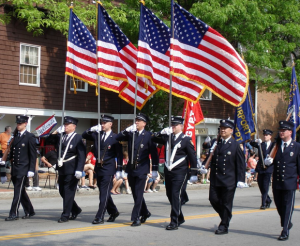 Good morning politicos, here’s the Buzz. Lots of news this morning: polls, a staff shakeup in the Guv’s office and more.

Thanks to all who’ve served the nation in uniform. Have a great Memorial Day weekend and see you Tuesday.

And don’t forget to check back later today for the Ups & Downs!

Poll: Casey 48, Smith 41: Tom Smith is within 7 points of Sen. Bob Casey according to the latest poll by Rasmussen. The competitive numbers come on the heels of a survey yesterday that showed the freshman Senator with a lead more than twice as wide. Updated with reax, crosstabs, and Corbett’s job approval.

Poll: Obama Leads Romney by 6: Politicos continue to debate whether PA is really in play for 2012, but we continue to get the swing state treatment from national pollsters. Rasmussen’s latest numbers show President Obama leading Mitt Romney 47 to 41.

GOP Operatives Quietly Celebrate Corbett Shakeup: Republican officials and operatives across the state celebrated in private Thursday after reports that Gov. Tom Corbett is planning a staff shakeup. They say Corbett has not been effective at getting his agenda through the legislature, nor rebutting his critics.

Sestak Boosts SEPA Challengers: When he wasn’t appearing on cable news or answering questions about whether he’ll run for Governor in 2014, former Rep. and 2010 Senate hopeful Joe Sestak has been busy recently helping local candidates.

Pelosi to Fundraise for Cartwright: Matt Cartwright has landed some big help in fundraising in the race for the 17th Congressional District, as Democrats kiss and make up after last month’s primary.

In Philly, Romney Defends Education Plan: Mitt Romney visited a charter school in West Philadelphia Thursday to engage in a roundtable discussion about education. His cost-cutting policies put him on the defensive.