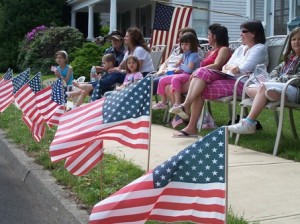 Good morning politicos, here’s the buzz. We hope you enjoyed your long weekend and you’re ready for the start of the summer campaign season.

5/25 Ups & Downs: The presidential campaign continues to roll through PA producing winners and losers alike; a shakeup at casa de Corbett; and grades of congressional eloquence. Here are this week’s Ups & Downs!

Freed Has Wide Cash Lead in AG Race: Republican Dave Freed leads Democrat Kathleen Kane $440,000 to $2,000 according to the latest campaign finance reports in their Attorney General contest. Kane spent roughly $2 million – most of it in loans from her family – to clear a competitive primary; Freed was unopposed.

SD-13: Democrat Tom O’Brien, running against Sen. Lloyd Smucker (R-Lancaster), denounced GOP efforts to defund Planned Parenthood. “The health care provided by Planned Parenthood and other organizations in this state is important to the overall health of our community, and that’s why these services need to remain funded,” he told the Lancaster Co. Dems, according to a press release from his campaign (which for some reason did not mention the name of his opponent).