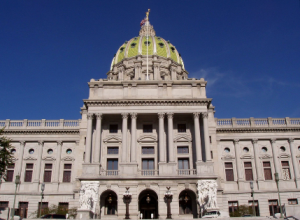 The budget battle officially begins as House Republicans unveil their plan, and a new candidate joins the race for Congress in PA-13. Good morning politicos, here’s the Buzz.

PA-13: Margolies Is In: Former Congresswoman Marjorie Margolies-Mezvinsky will run for Congress. She represented this district for one term in the 1990s

Jimmy Carter Visits NEPA: A little rain didn’t keep hundreds of people away from the Wyoming Monument Tuesday afternoon to see Jimmy Carter, nor could it dampen the spirits of the large crowd huddled under the tent listening to the former president speak.