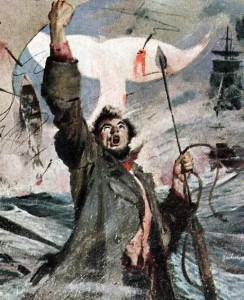 Good morning politicos, here’s the buzz. We present our latest list of Smartest Staffers: House Ds; Toomey takes a stand against the law o’ the sea; and Mark Critz and Jim Gerlach be white whales (according to Roll Call).

Harrisburg’s Smartest Staffers: House Democrats: Lawmakers are great, but staffers are the people who make government happen. Here’s our third edition of the best and brightest in each of the four caucuses in Harrisburg. Today: the top 10 House Democratic staff members.
Note: Want to be the first to see tomorrow’s list? Sign up for the Morning Buzz email!

ICYMI: Obama’s WV Problem Stretches Into PA: A significant portion of western and central PA Dems declined to vote for Barack Obama in the primary. The results resemble those of Kentucky and West Virginia, where he lost about 40 percent of the vote to no-name opponents or “undecided.”

Poll Results: PA Going Blue: With 597 people participating, PoliticsPA readers have cast their votes – and 50 percent of you say Pennsylvania is going blue this cycle

Politically Uncorrected: Winning the Battle, Losing the War: Madonna and Young examine the political implications of the Supreme Court’s Obama care decision: a win for the Ds could mean loss of the White House, but a win for the Rs could cost the momentum needed to propel Romney to the presidency.