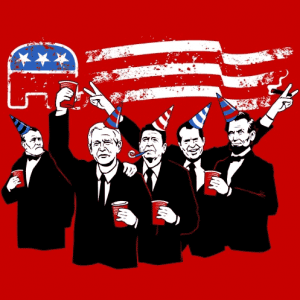 Good morning politicos, here’s the buzz. See you today at Republican State Committee. How does the new Obama immigration policy fare in PA? Critz jumps on Rothfus for supporting the Medicare-cutting Ryan budget and the SEIU is bringing 100 field workers to the state to battle Romney.

And don’t forget to check back later for this week’s Ups & Downs!

Republican State Committee Preview – Summer 2012: This weekend is likely to be a slow one – attendance is not mandatory. Gov. Corbett as well as all four statewide candidates are slated to speak to a friendly crowd of GOP party leaders at Hershey Lodge and Convention Center.

Obama’s Immigration Move: Does it Play in PA?: Observers agree that Obama’s immigration order offers more political reward than risk for the President. But how does it play in PA, a state with a lot of Reagan Democrats and relatively few Latinos?

Kelly Takes Loud Role in Holder Contempt Vote (Watch Video): Rep. Mike Kelly has taken a prominent role in the push to hold U.S. Attorney General Eric Holder in contempt for withholding information to Congress on the failed Fast and Furious Operation. He’s gone on Fox News and done a number of other press hits to highlight Wednesday’s committee vote.

Critz Stays on the Attack Over Medicare: Rep. Mark Critz is keeping his foot on the gas on entitlements. Today, his campaign is pushing a statement by a Republican congressman that the Ryan plan – supported by Critz opponent Keith Rothfus – would maintain the $500 billion in cuts made to Medicare by Obamacare.

SEIU Plans Massive PA Field Program: Unlikely to catch up to conservative super PACs cash-wise, the SEIU announced Tuesday their plans to create a sweeping field program mobilization in PA and other key states. The group plans to work against Mitt Romney and congressional Republicans.

SD-13: In response to the recently reached budget agreement, Democratic Pa. Senate candidate Tom O’Brien called on legislators to support bills that would assist domestic violence. He pointed to three plans in particular: an increase in domestic-violence program funding, partially funding the General Assistance Program (another program for domestic violence victims) and restoration of human-services cuts.