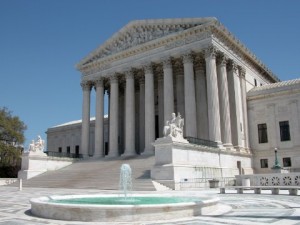 Good morning politicos, here’s the buzz. The world awaits a SCOTUS decision on the health care law; and a new poll shows Casey maintaining a wide lead over Smith as Smith contemplates a big self-donation.

PA Mayors Call Romney a “Pioneer of Outsourcing”: Michael Nutter of Philadelphia and Ed Pawloski of Allentown attacked Mitt Romney’s claim of being a “job creator” during a conference call Wednesday. The two mayors blasted Romney’s record of outsourcing jobs as CEO of Bain Capital and governor of Massachusetts.

Smith to Make “Substantial” Campaign Contribution: With summer campaign season heating up, and the quarter set to end this weekend, Republican Senate candidate Tom Smith has announced that he will make a “substantial” personal monetary contribution to his campaign.

SD-47:Kim Villella, the businesswoman challenging Elder Vogel (R-Beaver), slammed the Senator for offering too little in incentives for Shell to build its cracker plant in the county. From her release: “Last week Senator Elder Vogel also introduced his own plan, calling for a tax credit that will need to be reintroduced in the Pennsylvania Legislature every year, taking away the guaranteed credit of the Corbett plan and forcing the credit to be subject to the whims of legislators in Harrisburg.”

“‘Unfortunately, Senator Vogel’s plan showcases his lack of real-world business experience,’ continued Villella. ‘As someone that has spent my entire career running successful businesses, I understand that we must present a competitive incentive plan to Shell Oil or risk losing their investment to other states.’”