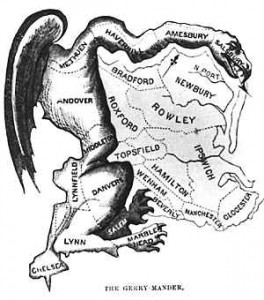 Good morning politicos, here’s the Buzz. The redistricting commission meets this afternoon to finalize the state House and Senate maps. The word is good news for Raja and Rob Teplitz. And we have the skinny on Democratic State Committee in King of Prussia tonight. See you there.

Don’t forget to check PoliticsPA today for the Ups & Downs!

Rendell Goes Rogue (With Video): With surrogates like these, who needs enemies? Ed Rendell hasn’t backed down on his off-message comments about President Obama despite backlash from fellow Democrats. On Thursday, he implied Obama lacked executive experience and that Hillary Clinton would’ve served more effectively as president.

PAGOP Fundraises Off of Walker Win: Wisconsin Governor Scott Walker’s win Tuesday buoyed the spirits of Republicans hither and yon. Today, the PA GOP sought to give direction to the enthusiasm with a fundraising email. Meanwhile, a conservative PA group chastened GOP officials to be bolder in the wake of the victory.

SD-40: Democrats found their woman. After worries yesterday that no one had stepped up to run for the ex-Orie seat, Dr. Sharon Brown threw her hat in the ring. Brown is an epidemiological consultant who challenged Mike Turzai in 2010.