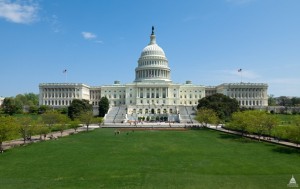 Voter ID gets another day in court. More fundraising numbers pour in, including from PA-13. And PA-Gov gets rated most likely to switch party control. Good morning politicos, here’s the Buzz.

Q2: Leach Brings In $354K: State Sen. Daylin Leach raised more than a third of a million dollars in his first quarter as a candidate in the race to succeed Rep. Allyson Schwartz.

Q2: Margolies Raises $185K in PA-13: Former Congresswoman Marjorie Margolies-Mezvinsky rode her rolodex of contacts to a $185,000 finish in her first fundraising quarter. She has $160,000 on hand.

WaPo: PA-Gov #1 Most Likely to Switch Parties: We’re number 1! The Washington Post says the Pennsylvania is the most likely state in the country to see a party switch in the Governor’s office.

Corbett, PAGOP Pivot to Obamacare: Pa. Republicans are spinning a delay in implementation of a key provision of the Affordable Care Act as part of their efforts to impede the law, but not without political risk.

Opinions
Inquirer: Inquirer Editorial: A failure of vision
Times-Tribune: FISA court can be court-like
Patriot-News: The nominees to the National Labor Relations Board deserve confirmation: As I See It
Post Gazette: Budget bungle: The Pennsylvania House returns due to a craft maneuver
Post Gazette: Kane’s mistake: She fails to do her job and defend state law
Tribune Review: Parsing and pussyfooting in the Corbett administration
Tribune Review: Democrats have their problems, too