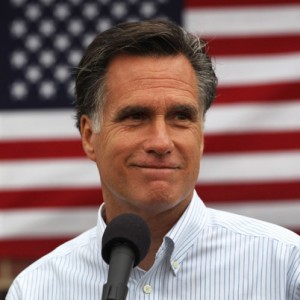 Good morning politicos, here’s the buzz. Romney rallies today in western PA, and Dems roll out the welcome. Q2 numbers continue to pour in, and a Dem poll says Critz’s lead against Rothfus is slipping.

Dem Poll: Critz 44, Rothfus 38: A new Democratic poll shows Rep. Mark Critz’s lead shrinking from double to single digits. The GOP is targeting the PA-12 seat as a possible pickup for the fall.

An Open Letter to Tom Corbett About Jerry Sandusky: Conservative columnist Chris Freind penned an open letter to the Guv with what he says are the top 4 unanswered (or insufficiently answered) about his handling of the Sandusky affair. “Tom Corbett has a choice, perhaps the biggest of his career. He can either answer now – or in 2014.”

Update: Maggi Numbers Show Best-Funded Murphy Opponent Ever: Fortunes appear to be looking up for Larry Maggi in the race for PA-18. Although he was bested by Rep. Tim Murphy $1M to $400K, it is still the largest amount ever for a Murphy challenger, and likely has the attention of national stakeholders.

Scollo Inches Closer to Marino in Fundraising: Phil Scollo has gained a bit of ground in fundraising against Rep. Tom Marino, but still faces a huge deficit in the GOP-friendly 10th district. The Democratic businessman raked in over $60,000 in the second quarter; Marino pulled in just under $100,000.

Legislative Election Updates
HD-55: GOP candidate John Palaika has withdrawn his candidacy. Local party leaders would normally select his replacement, but because the district is made up of more than one county, the PA GOP must confer to preside over a meeting to select a replacement. Party members will meet tomorrow to debate and vote on potential nominees.

HD-71: Republican candidate Sherry Stalley announced via Twitter Monday that Governor Corbett will be making a trip to Johnstown to help bolster her campaign efforts. She is a first-time candidate running against incumbent Democratic Rep. Bryan Barbin (D-Cambria).

HD-177: William Dunbar’s campaign said yesterday that the Democratic candidate has knocked on over 6,000 doors in the 177th district since June 1. “I personally plan to knock through the district multiple times,” Dunbar said. “I want to make sure that not only does the community have the opportunity to meet me, but that I also have the pleasure of meeting and speaking with as many voters as possible.” The campaign said Dunbar ranks No. 1 in doors knocked among state House candidates. He is one of the Dems’ top challengers in 2012, running against Rep. John Taylor (R-Phila), who has held the seat since 1985.

SD-47: With KDKA reporting that PA’s legislature has one of the longest summer vacations in the country (this year it’s 12 weeks), both candidates took time to respond. Incumbent Rep. Elder Vogel (R-Beaver) attributed the lengthy hiatus to the election year, saying that “everybody’s out campaigning.”

His opponent, Baden Borough councilwoman Kim Villella, said that while Vogel’s honesty is appreciated, she doesn’t think voters like it when public servants take a three-month paid vacation to try and win back their jobs. “While our communities still lack quality jobs, their bridges and roads need to be repaired, their schools shed teachers and programs and when trust in government is at an historic low, I think Senator Vogel and his colleagues should focus less on trying to keep their jobs and more on actually doing the jobs that voters elected them and taxpayers pay them to do.”