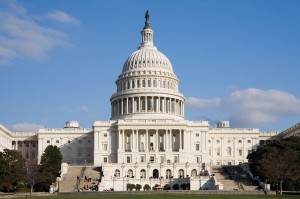 Good morning politicos, here’s the buzz. We unveil our Q2 list of fundraising winners and losers; Romney came to western PA Tuesday, Michelle Obama is in Philly today, and a GOP super PAC has reserved $1.6 mil in Philly airtime.

Q2 Fundraising: Winners and Losers: The numbers are in. Here are the PA congressional candidates who rose and fell this quarter.

PA-6 Candidates Stay on Track for Competitive Race: Q2 figures are in and the congressional race in PA-6 is likely to remain competitive. Jim Gerlach raised a healthy $341K to Manan Trivedi’s $260K, though he has more COH than any other Dem challenger in the state.

Legislative Election Updates
SD-37: Rep. Matt Smith (D-Allegheny) was nominated by the Democratic county committees of both Allegheny and Washington to run for the district’s state Senate seat.“I am grateful to the…committees for their support and proud to be their nominee,” Smith said. “Since my first campaign for the State House I have been committed to championing government accountability, job creation and smart, fair tax policies, and I have fought hard to improve our community, grow our economy, and make Pennsylvania an even better place to earn a living, start a business, and raise a family.” As a backup, Smith is also running for reelection to his 42nd district seat in the state House.

GOP nominee Raja responded by congratulating Smith on being selected, and said he is looking forward to a spirited debate. His Campaign Manager Jennifer Hass said that the voters now have “a clear choice between a liberal Harrisburg politician who was handpicked by party bosses and an independent leader and job creator who will get our economy moving again.”

HD-55: The PA GOP has released the names of candidates interested in seeking the nomination against Rep. Joe Petrarca (D-Westmoreland), after their original nominee John Palaika withdrew his candidacy earlier this week. Both are Latrobe residents: attorney John Hauser and insurance agency president Brian Panichelle. The meeting to select a nominee will be held Wednesday.