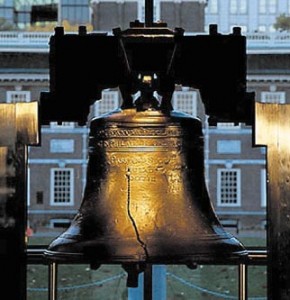 Good morning politicos, here’s the buzz. Gerber announces he won’t seek re-election; allegations of voter fraud in Philly; and the fight continues over Daylin Leach said or did not say at a Jewish Americans for Obama rally Monday night.

Don’t forget to check back later today for the Ups & Downs.

Gerber Won’t Seek Reelection: State Rep. Mike Gerber (D-Montgomery) will resign his seat at the end of this term, the lawmaker said Thursday. He has served since his election in 2004 and last cycle chaired the House Democratic Campaign Committee. He has accepted a position at the investment firm Franklin Square Capital Partners.

Dems on the Attack Over Romney’s Tax Returns: The mayors of seven prominent PA cities, including Michael Nutter of Philadelphia, signed their names to a letter asking Romney for greater transparency regarding his tax returns. RNC Chair Reince Priebus said Dems are focusing on the issue to distract from more important ones.

AG Candidates Split on Grand Jury Approach for Sandusky: PA’s AG candidates have staked out their positions on the handling of the Sandusky-Penn State scandal investigation. Republican David Freed praised the work of those involved, while Kathleen Kane criticized the use of a grand jury, which she said slowed the investigation.

Scott Perry Group to Host Baseball Fundraiser With Corbett: Gov. Tom Corbett has teamed up with the group Patriots for Perry to host a “Grand Slam” baseball-themed fundraising event to support state Rep. Scott Perry as a candidate for PA-4.

Phila City Commissioner Releases Voter Fraud Report: Philadelphia City Commissioner Al Schmidt released a report of his investigation into voter fraud, reigniting the debate over the state Voter ID law. His findings show a number of voting irregularities that prove fraud could be an issue for the 2012 election.

Updated With Video: Leach “Demagogues at the Synagogue”: GOP state Senate candidate Charles Gehret went after his opponent Sen. Daylin Leach this morning, criticizing him for comments made at a synagogue Monday. Gehret claims Leach called Republicans anti-Semitic, but the Senator shot back, saying the accusation was “defamatory and unhinged.”

SD-17: The synagogue-gate between Sen. Daylin Leach (D-Montco) and GOP challenger Charles Gehret continues. Leach’s campaign emailed out a video of his remarks, which lack any evidence that the Senator accused Republicans of anti-semitism. Gehret accused Leach of doctoring the footage, which was posted online by a conservative blogger rather than the Leach camp.

SD-40: According to a Capitolwire report, a TV ad run by state Rep. Randy Vulakovich – who is running for ex-Sen. Jane Orie’s seat – is not entirely correct. The TV ad said Vulakovich “led by example, refusing the Harrisburg perks, such as per diems and a state car.” But he did in fact accept taxpayer-funded perks when he held office, including per diems and a state-paid leased car. Capitolwire reported that, according to House expense records, he took 16 per diem payments of $148 each in the first two months of 2007, just after he took office. He was also reimbursed by taxpayers, $290 per month for 12 months and $301 per month for six months, for a leased car in his first term.

HD-157: Democratic candidate Paul Drucker received the endorsement of multiple environmental and conservation groups this week: Conservation Voters of PA, Clean Water Action and Sierra Club. “I am pleased and proud to receive such overwhelming support from the environmental community,” said Drucker. “A clean, safe and healthy environment is a priority for the residents of the 157th, and all Pennsylvanians. It is also a priority for me politically and personally”. Drucker represented the 157th district from 2009 through 2010 and is running in a rematch against Rep. Warren Kampf (R-Chester) who unseated him last cycle.