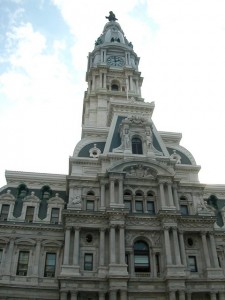 Good morning politicos, here’s the buzz. Rothfus goes after Critz for his association with Congress’ “most pro-abortion member” Rep. Allyson Shwartz; both presidential campaigns are releasing smartphone apps; and a pro-Romney PAC is going for the gold, releasing an Olympics-themed ad that shows how he “saved” the 2002 games.

Rothfus: Schwartz Is “Most Pro-Abortion Member of Congress”: Keith Rothfus smacked incumbent Rep. Mark Critz today over his Monday fundraiser with Rep. Allyson Schwartz (D-Montco). The Republican called her the, “most pro-abortion member of Congress”. Critz has taken lumps on both sides of the abortion issue.

Ad Race Heating Up During Olympics (Watch Video): Restore Our Future, the pro-Romney super PAC, launched a positive ad Tuesday to air during the Olympic Games in a total of 11 states, including Pennsylvania. The ad stars several Olympic athletes and emphasises Romney’s role in ‘saving’ the 2002 Winter Olympics.

Politically Uncorrected: If Romney Wins, Does Corbett Lose?: Our latest commentary from Madonna and Young speculate that a win for the Republican presidential nominee may not bode well for the Republican Governor Tom Corbett, and that it could throw off the Keystone State’s famous eight-year cycle.

SD-13: Dem candidate Tom O’Brien plans to hold a press conference today at 11:30 a.m. at the Lancaster County Government Building. He said he plans to ask his opponent Sen. Lloyd Smucker (R-Lancaster) to co-sign a bill that would repeal Voter ID – or resign.  “The law was a sham from the moment it was conceived.” O’Brien said. He added that he made the law’s repeal one of his campaign’s top priorities. “Currently there are 70 co-sponsors in the state House for (a bill to repeal Voter ID). I challenge Sen. Smucker to end the madness and join the movement for repeal in the state Senate by co-signing companion legislation.”

HD-129: Dem candidate Erik Saar today released answers to the Public Integrity Questionnaire, published by advocacy group Democracy Rising. In a statement accompanying the release, he challenged his opponent Rep. Jim Cox (R-Berks) to submit to a series of debates. “Pennsylvanians deserve a government that honors our history and is worthy of our respect. Instead, we have one of the largest, most costly and least transparent state legislatures in the nation.”

HD-131: Dem candidate Kevin Deely has called on Rep. Justin Simmons (R-Lehigh) to retract his support of Act 13, which allowed for the circumvention of local zoning ordinances in order to expand natural gas drilling (parts of the act were recently repealed). Deely said he’d spoken with frustrated constituents, who didn’t want their roads destroyed, water supply threatened or risk losing value in their homes. Deely added that he isn’t opposed to fracking, but that it should be done responsibly and with environmental protection in mind.