The budget, the Donald and the FBI. See who made this week’s list!

Kathleen Kane. Just when you think you’ve finally got this whole thing figured out, there suddenly comes another twist. What began as rumors was confirmed this week as we learned that now the FBI is investigating the Attorney General. Apparently Kane tried to secure FOP support of her controversial Chief of Staff through a sweetened contract, while a trip to Haiti also raised flags within the bureau. Additionally, Kane must also respond to Claude Thomas’ suit and an unsealed order revealed that her email defense doesn’t make any sense. This was also a week that started off with the Governor stating that Kane is eroding people’s trust in government. It all makes you wonder how much more this can possibly go on until Kathleen Kane recognizes the inevitable.

Donald Trump. So its come to this. Really, though, we had no choice. First, Trump easily won a straw poll among Republicans in Bucks County. Then, the latest Quinnipiac Poll showed that “The Donald” is the GOP front-runner in the Keystone State. Perhaps we’ll look back at this moment in a few months and laugh (you know, harder than we’re laughing now).

Chaka Fattah. Congressman Fattah is giving even Kathleen Kane and Donald Trump a run for their money. On Tuesday, he plead not guilty to the 29 counts that he’s been charged with. When confronted by the press Rep. Fattah stated, “I’m hoping the Eagles have a great season. And I’m concerned about that trade of DeSean Jackson.” Except the Eagles cut Jackson, and it was over 500 days ago. Still, the Congressman managed to top that with his bizarre video statement. Seemingly filmed in his office (without the aid of any kind of lighting), Fattah defends himself in a rambling four and a half minute address. At one point, the phone even starts ringing and they just keep on filming. Finally, Philly’s Ninth Ward leader Dan Muroff announced that he’ll be challenging Fattah in next year’s Democratic primary.

Todd Stephens. Yesterday, the Montgomery County State Rep. officially declared that he will run for Attorney General in 2016. Stephens laid out his campaign vision effectively in his opening video and made it clear he’ll be running on experience and turning the page on the Kathleen Kane saga. He should enjoy the campaign while he can, as he’ll soon run up against his Republican primary opponent, State Sen. John Rafferty. Not to mention the fact that the Democratic field is starting to form with Jack Stollsteimer already in the race while John Morganelli, Josh Shapiro and maybe even Kane herself are looming.

Budget Deal. Could we finally be reaching a turning point? Well, maybe. The week didn’t start out looking very promising after we learned that several social services are desperately low on cash. Then, Governor Wolf appeared to dig in his heels and prepare for a fall political battle over who is to blame for the stalemate. On Wednesday, though, the GOP offered Wolf a “take it or leave it” deal in which they offered educational funding for pension reform (at least that’s how they put it). It may be possible this leads to a breakthrough, but it also seems just as likely to be more posturing. If a deal doesn’t come soon, it may take quite awhile.

The tweet of the week goes to the Daily News’ William Bender. 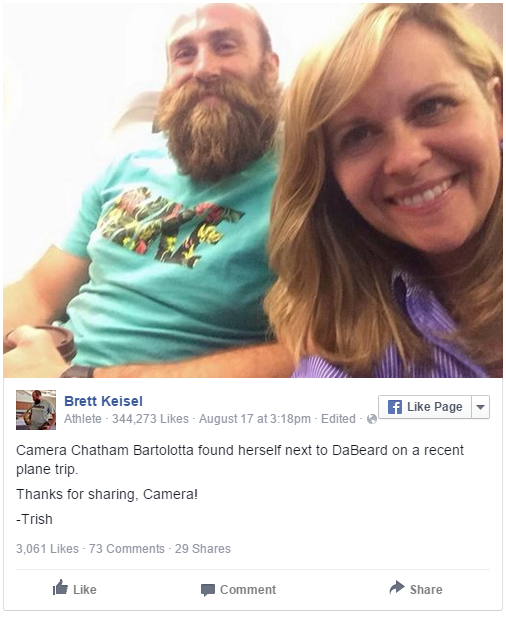