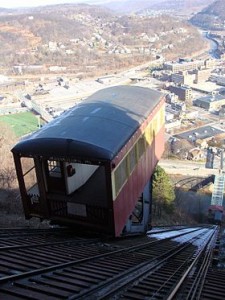 Good morning, politicos. Here’s the buzz. The back-and-forth continues: between Obama and Romney, between Critz and Rothfus and between Allegheny County GOP Chair Jim Roddey and – well, pretty much everyone else.

Some PA Legislators Sing the Voter ID Blues: Democratic legislators statewide have cried foul over Pennsylvania’s new Voter ID law, saying it’s a blatant attempt by Republicans to disenfranchise the Dems’ voting base. But it’s unlikely that they themselves expected to be a part of the disenfranchised group. Until now, that is.

Toomey Pushes Pro-Business Message in Bedford: Wednesday morning, Toomey stopped at the Bedford County Development Association, where the keyword of the day was regulation – specifically, how there is too much of it.

Updated: Critz Goes After Rothfus For Hiring Practices: The Critz campaign has come out swinging, accusing Rothfus of avoiding payroll taxes by misclassifying his employees. Allegheny County Dem Committee Chair Nancy Mills has filed a complaint against Rothfus to the IRS.

Team Obama Hits Back On Welfare (Watch Video): After Republican presidential nominee Mitt Romney’s campaign launched an attack video against the President for his policy changes regarding welfare Tuesday, Obama’s camp swung right back Wednesday, blasting Romney’s welfare record in an attack spot of their own.

Americans For Prosperity Ad: One-Term Obama (Watch Video): Americans for Prosperity announced Tuesday that they will be releasing a new ad as part of a major nationwide buy. The ad, titled “President Obama: A One Term Proposition,” is airing in 12 states, including Pennsylvania.