9 Republican County Chairs Will Not Support Bartos After His Ad 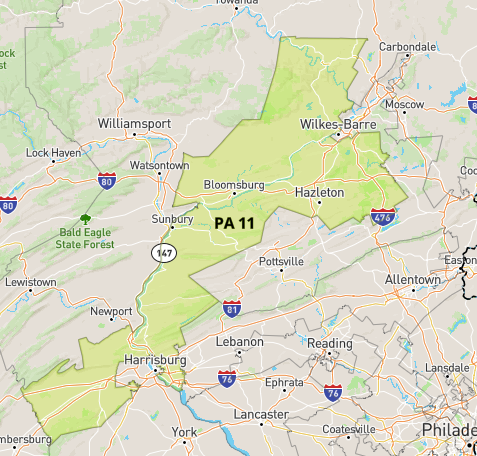 “As the Republican Party of Pennsylvania County Chairs for the 11th Congressional District, we find it very troubling that you are running ads attacking our Republican Congressman Lou Barletta. Your personal attacks against Lou Barletta are wrong, desperate, and beneath the dignity of the nomination you seek,” the letter reads.

According to the letter, PA GOP Chairman Val DiGiorgio sent a letter to all statewide campaigns calling for no “unnecessary negative campaign rhetoric and attacks” during the primary.

The letter calls the attacks in the ad an attack on the county chairs as well, and informs Bartos they will not support him.

“For these reasons, we cannot support you for the Republican nomination,” the letter concludes.

The withdrawal of support will make it harder for Bartos to gain the coveted PA GOP endorsement this winter, an endorsement many believe Barletta already has a strong shot at getting.

Update: Bartos’ campaign responded to the letter by continuing to push that Bartos is an outsider and will continue its messaging on the issue.

“The Bartos campaign appreciates the concerns expressed by the Republican County Chairs in the 11th Congressional District. Our Republican County Chairs work very hard and their service is respected and valued. That said, the campaign will continue to take Jeff’s message directly to the voters. The time for career politicians is over, and we need true outsiders to help shake-up Washington and get things done for Pennsylvania. You will continue to hear truth from the campaign even if the truth is sometimes uncomfortable for the establishment,” Bartos campaign spokesman Matt Langston said in an email.

You can read the entire letter below.