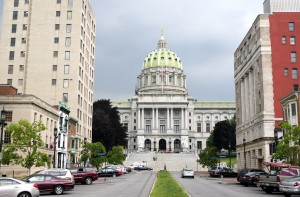 Good morning politicos, here’s the Buzz. TV ad wars are getting off to a fast start this first week of the fall campaign season. Kathy Boockvar unveiled a new spot this morning, while Manan Trivedi, Keith Rothfus and the NRCC went up yesterday.

Editor’s note: the Morning Buzz will resume its normal format with statewide press clips on Monday.

Rothfus Ad: With Economy in the Rough, Critz Record Subpar (Watch Video): How are these golf puns working for you? Rothfus has debuted his second ad of the season with a slightly less – albeit still overall – positive ad that shows him playing miniature golf with his family while he shows the President and Critz as out of touch.

SD-49: Wiley Poll Has Him Up 18 Points: Sean Wiley, Dems’ best hope for picking up a state Senate seat in 2012, released an internal poll with him up 18 points. Though they’re a little over a month old, the numbers show him leading Republican Janet Anderson 51 percent to 33.

NRCC Ad: Critz Says One Thing, Does Another (Watch Video): The NRCC has rolled out a new TV ad seeking to tie Critz to Washington and Obamacare, saying he promises to work for his constituents but that his actions prove otherwise.

Editor’s note: Don’t see your news in the Buzz? Make sure to send your press releases and news appearances to press@politicspa.com.

SD-15: The Pennsylvania State Corrections Officers Association (PSCOA) has endorsed Dem Rob Teplitz for the open seat of retiring Sen. Jeff Piccola (R-Dauphin). “Our members patrol the toughest blocks in Pennsylvania, so we know what it means to stand up when it counts the most,” said PSCOA President Roy Pinto.  “We’re proud to stand with Rob Teplitz, who’s a proven fighter for working men and women.”

HD-151: Will Sylianteng, the attorney running against Rep. Todd Stephens (R-Montgomery), will open a campaign office on Thursday in Ambler. A reception will be held from 7-9pm that night.