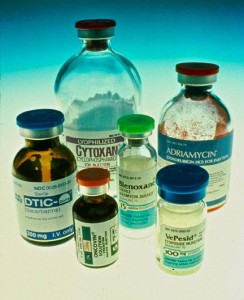 Pennsylvania voters support a Medicaid expansion with federal funds according to a poll released today by the American Cancer Society Cancer Action Network (ACS CAN).

The majority of the “universal coverage” tenet of the Affordable Care Act is accomplished via an expansion of Medicaid. The federal government provides the funds to absorb individuals who make up to 138% of the federal poverty level into Medicaid. After several years, the feds roll their portion of the funding level back to 90%.

States have the option of accepting this expansion, rejecting it or offering a hybrid plan. Governor Corbett offered such a hybrid a few months ago, which he has called HealthyPA. Instead of moving people into Medicaid, HealthyPA provides subsidies for individuals to purchase health insurance on private exchanges. The federal government approved a similar proposal in Ohio.

The poll, shows that by a margin of 65% to 25%, Pennsylvania voters support such a move, which would provide more than 520,000 low-income Pennsylvanians with access to preventive care and treatments for cancer and other diseases. This poll asked respondents whether they supported a HealthyPA type plan or the Medicaid expansion as a combined option, or opposed to both. The 65% to 25% shows support for any sort of expansion in access to subsidized health insurance.

“Pennsylvania has an opportunity to provide thousands of currently uninsured people with lifesaving health coverage through Medicaid, and public sentiment is decidedly in favor of using available federal dollars to pay for it,” said Diane Phillips, state policy director of ACS CAN, the advocacy affiliate of the American Cancer Society. “If Pennsylvania makes the right choice, families across the state will have the security of knowing they have access to proven cancer screenings and treatments they otherwise could not afford.”

As with any poll conducted by an issue advocacy group, its result should be taken with a grain of salt. The ASC CAN poll looks more like an effort to craft a pro-Medicaid message than to gauge public opinion, i.e. the questions are very lengthy and detailed.

You can read the entire survey with questions here.

They also asked whether a state legislator’s vote on the expansion would affect the respondent’s likelihood of voting for them again. The response was a mixed bag: 34% said they would be more likely to support their legislator if he/she voted for an expansion, 19% said less likely and 42% said it didn’t make a difference.

This poll was conducted by a bipartisan pair of polling firms, Perry Undem of Washington, D.C. and GS Strategy Group from Boise, ID. They sampled 817 registered voters statewide. The survey was conducted from October 12 to 16. The margin of sampling error is +/- 3.4%.

When asked about party affiliation, 41% identified as Democrats, 30% as Republican and 25% were Independents. Following a standard American, right-leaning bell curve of ideology, 27% call themselves liberal, 29% say moderate and 39% say conservative.