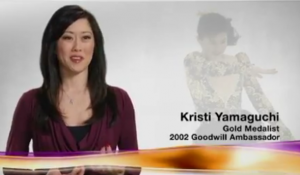 Restore Our Future is doing everything it can to help Romney bring home the gold in November.

The conservative super PAC launched a new Pro-Romney ad Tuesday to air during the Olympic Games. The spot, airing in Pennsylvania, as well as in Colorado, Florida, Iowa, Nevada, New Hampshire, North Carolina, Ohio, Virginia, Michigan and Wisconsin, is part of a $7.2 million ad campaign.

This campaign is the first major GOP super PAC activity since super PACs significantly reduced their Pennsylvanian presence, preferring the Great Lake regions. Restore Our Future, along with Crossroads GPS, were are off the air altogether.

The thirty second spot compliments Romney’s leadership during the Games.

“He [Romney] faced a $400 million budget deficit and turned that around to a $100 million surplus,” said Bullock.

“Mitt gets things done; he changed my life,” said Parra.

The spot will run through August 9.

Romney isn’t the only candidate using Olympics air time. Team Obama launched their own positive ad for the opening ceremony.

Restore Our Future’s ad will run through August 9.