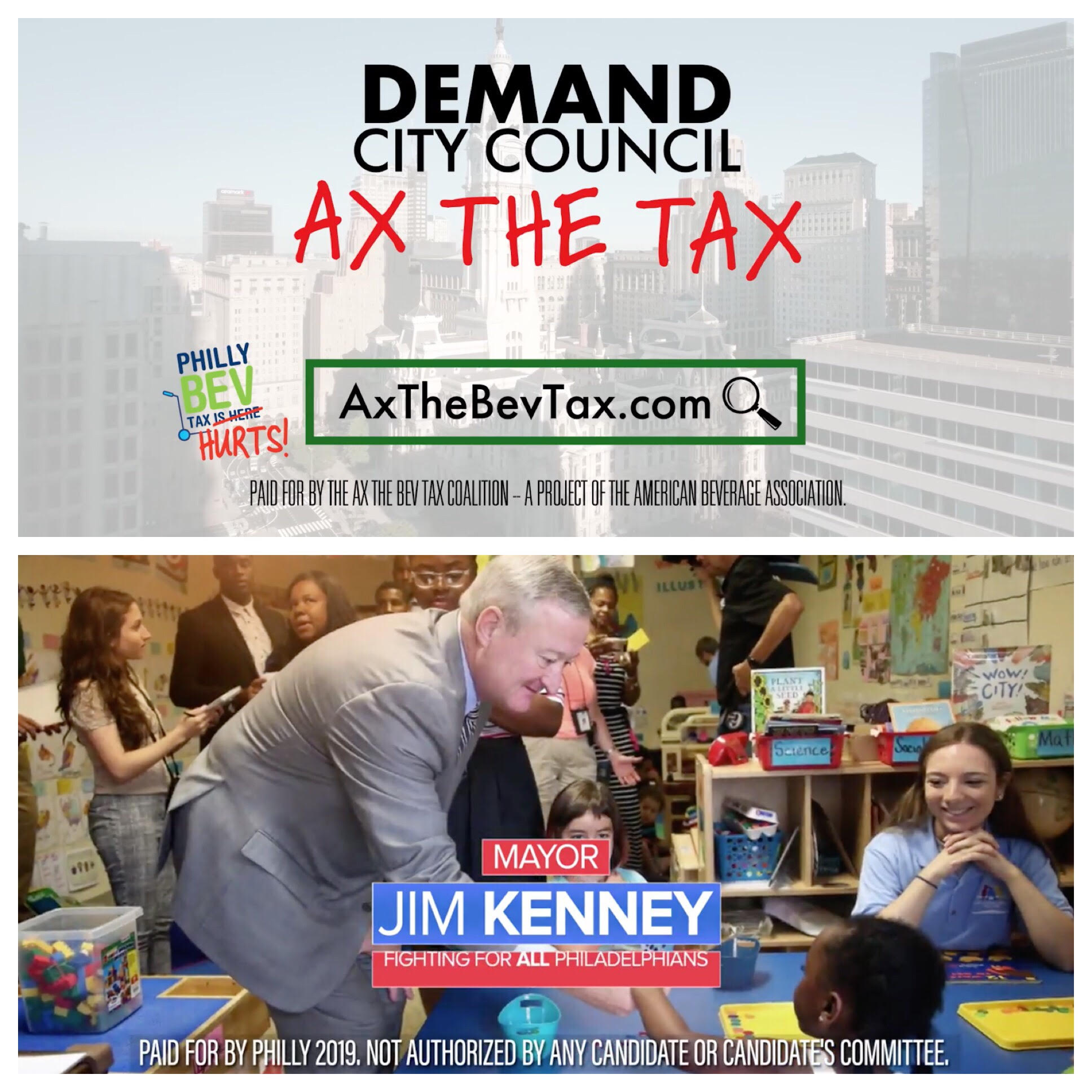 The ads have arrived, Philly.

Two separate outside groups have introduced the first television ads in the Philadelphia market leading up to the 2019 elections.

The 30 second spot lauds Kenney for bringing back local control of the schools to Philadelphia, raising the minimum wage for city employees, and launching new pre-K programs, while specifically leaving out the controversial sugary beverage tax.

“He’s taken on some of the city’s toughest problems, Mayor Jim Kenney,” the ad begins.

“He took back local control of the schools from the Republicans in Harrisburg. He raised the minimum wage to $15 an hour for city employees and signed a bill for pay equity. He helped to launch 80 new free pre-K programs for the first time ever, enrolling thousands of kids and he’s helped bring new jobs into the city,” said in the ad.

The Philadelphia Inquirer reports that Philly 2019 has spent $130,732 on broadcast and cable television ads thus far.

The controversial sugary beverage tax, not mentioned in the ad, is used to fund Kenney’s universal pre-K initiative, as well as “Rebuild,” meant to enhance a number of community facilities, including parks, recreation centers, and libraries.

Then enters an ad not from a specific challenger to Kenney, but an interest group aiming to eliminate the sugary beverage tax, the American Beverage Association’s campaign to “Ax the Bev Tax.”

The 30 second spot targets Kenney and City Council in hopes of pressuring members to overturn the tax.

“Mayor Kenney says there’s no alternative to the beverage tax to fund pre-K and rebuild,” said at the beginning of the ad. “Guess who disagrees? Candidate Kenney in 2015, whose funding plan called for no new taxes.”

“Now, Philadelphia has a surplus, more than $360 million to fund critical needs like pre-K, without the unfair beverage tax, that hits working families the hardest,” the ad continues.

In closing, the ad calls for City Council to eliminate the tax.

“Tell City Council to stand up to the Mayor. Ax the beverage tax now.”

The American Beverage Association, backing the Ax the Bev Tax campaign, is spending $408,000 for two weeks of commercials that started on Saturday according to the Philadelphia Inquirer.

A spokesperson for the Kenney campaign told the Inquirer that the ABA’s ad is not a surprise and accused them of being more concerned with profit margins than the children of Philadelphia.

Butkovitz and Williams have not released television ads yet during the campaign.