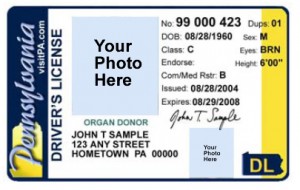 A new study released yesterday by the state AFL-CIO says that 450,982 seniors aged 65 and older in the state registered to vote do not have a PennDOT ID, or have an ID that will have been expired too long come Election Day.

The full study can be viewed here.

Of that pool, their study indicates that 237,047 are statistically unlikely to have any of the other approved forms of ID – for a total of 13.7 percent of PA seniors registered to vote who would be unable to do so if the election were held today.

In an analysis of other forms of acceptable ID, the AFL-CIO concluded that only a small number of the senior population would be likely to have a government-issued ID (2.15 percent), student ID – assuming the college they attend provides one with an expiration date – (.44 percent) or military ID (1.39 percent). The more likely forms of ID would be passports or IDs issued by nursing homes.

According to their study, “While it would stand to reason that seniors without a PennDOT ID would be more likely to no longer be in the work force, we will assume for the purposes of this analysis that these seniors…are as likely to work as any other seniors in the state.”

Using 2010 Census Bureau estimates from 2010, they found 18.09 percent of seniors had worked within the past 12 months. With 11.9 percent of the total workforce being employed by the government, that gave them the final statistic of 2.15 percent.

The study says that the Census Bureau reported 171,000 seniors nationwide who were enrolled in college or graduate school in 2008 – making up .44 percent of the senior population. This statistic could not be broken down for the state, so the AFL-CIO could only use the nationwide statistic.

This makes quite an assumption – that the same percentage of seniors are enrolled in college in the Commonwealth as in other states – and gives the final statistic that .44 percent of PA seniors – or 1,578 people – could possess a valid college photo ID.

With photo IDs from the Department of Veterans Affairs not considered valid, the only acceptable form is a retired military ID with an expiration date – including if the expiration date is listed as “indefinite.” While this ID is not available to all veterans, the study used the statistic of all retired military personnel aged 65 and over living in the state, which equals 24,021 people – or 1.39 percent of seniors in PA.

Pennsylvania has averaged 3.78 percent of all passports issued in the country according to their data, meaning roughly 4.1 million U.S. passports were held by PA residents that year.

“In that year, the Census Bureau estimated the population of the state at 12,742,886, which would mean that approximately 32.6 percent of Pennsylvania residents had passports in 2011.”

This is the most likely form of alternative ID (meaning not a PennDOT driver’s license or non-driver’s ID) for seniors to possess. Because passport ownership was not broken down by age range, the AFL-CIO says they made the assumption that seniors were likely to possess IDs at the same rate as the general population – 32.6 percent.

Assuming this rate is correct, 114,655 seniors without another type of Valid ID possess a passport.

Nursing homes and other care facilities

This portion was delved into more deeply than other aspects of the study, and was completed using the “best possible case scenario” – meaning that every care facility could provide residents with ID.

There are 2,013 care facilities in the state. The AFL-CIO assumed they would be operating at their maximum legal capacity in order to provide the highest number of people possible with IDs.

Given the capacity numbers and distribution across the state, the study says that fewer than 19 percent of seniors without PennDOT ID would be eligible for an ID from one of these facilities.

Given these assumptions, the maximum number of seniors who lack PennDOT ID and could be provided with an ID from the care facility is 84,875.

Factoring in every other form of ID: government-issued, student, military or passports, this study says that there are 237,047 seniors with no valid ID of any kind. This represents at least 13.7 percent of Pennsylvania seniors who are registered to vote.

The study also found that seniors overall are at more risk of not being able to vote and that the risk increases exponentially as seniors age.

The AFL-CIO says that the voter file they used was output by the PA Department of Elections on January 24 of this year, meaning that their data does not include voters who registered after that date. They says the Department of State provided a list of 758,939 voters who did not match the PennDOT database, while the AFL-CIO file had only 751,096 names.

What the study does not account for, and something proponents of Voter ID cite, is that there is still almost 3 months to go before voters will need to present photo ID at the polls.

This means that many of the 237,047 people the AFL-CIO says are at risk could get an ID before then.

Other criticisms could include that the ID types are not independent variables, or that there could be some overlap between the various types that shows a higher number of seniors without ID that the study shows.

Predicting backlash for their numbers, PA AFL-CIO Secretary and Treasurer Frank Snyder said that no one has shown any evidence to contradict the data they used to analyze the impact of the Voter ID law.

“We completely stand behind the facts that we have uncovered in our effort to show the true impact of the PA Voter ID law, and have done due diligence to assume the best case scenario, where the highest possible number of seniors would have an acceptable photo ID.”