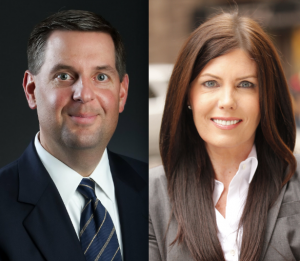 AG candidates Kathleen Kane and David Freed took to the stage Monday Night in their first debate at Widener University’s School of Law in Harrisburg.

The hour long debate focused on a variety of issues, ranging from political experience, gun control, and crime. Crucial questions were asked of the two candidates, none more important than the handling of the Jerry Sandusky sex abuse case.

Kane pledged that if elected, she would launch a probe into why the arrest and trial of Sandusky took nearly three years. Freed promised a more by the book investigation, typical of how certain cases are reviewed now.

“Any responsible prosecutor will look back to see what could have been done better and done differently,” said Freed. “When serious cases happen, people have questions and will be angry.”

Freed also calmed some of the criticism of Governor Tom Corbett’s role in the Sandusky case, which has come under scrutiny over the past few weeks. Freed said before all the facts can be reviewed, it’s unfair to make a judgment.

Kane bashed the usage of a grand jury to indict Sandusky, a decision made by Corbett While AG, saying he would’ve been off the streets quicker had the prosecutors not explored that option.

The two also clashed when Kane ripped Freed for not denouncing an ad run by one of his surrogate groups. The adt, from the Republican State Leadership Committee, inaccurately accused Kane of going soft on an accused rapist during her tenure as Lackawanna County  Assistant District Attorney. Freed quickly dismissed his involvement with the advertisement, but Kane continued on the offensive.

As the Philadelphia Inquirer reported, Freed also defended against the charge that he was the Corbett’s hand-picked candidate.

“I must have missed the phone call when Gov. Corbett called and hand-picked me to run for attorney general. That is a decision I made on my own . . . I am happy to have his support, but I am doing this on my own.”

Both pledged not to seek higher office while serving as AG.