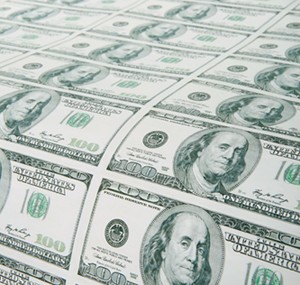 With just over five weeks until the state’s primaries, the race to replace Attorney General Kathleen Kane on the Democratic ticket is well and truly on.

In the first financial reports of the year, Montgomery County Commissioner Josh Shapiro underlined his party-favorite status by raising an impressive $2 million, while Allegheny County DA Stephen Zappala now has more than $1 million to spend on the final push.

Northampton County DA John Morganelli is falling behind in the fundraising stakes, bringing in just $118K during the first cycle.

The race is becoming a battle of Philly vs. Pittsburgh, with Shapiro locking in SEPA’s donors while Zappala’s financial report could double as the Pittsburgh Bar Association directory.

Former State Rep. Shapiro has almost double Zappala’s cash stockpile – with $1,806,066 on hand – though his numbers were padded by a huge $1.215 million contribution from his 2015 re-election campaign.

On top of the Friends of Josh Shapiro’s million-dollar-plus contribution, the Commissioner picked up 18 donations of $5,000+ from PACs.

Allegheny County DA Zappala’s uncle Charles loaned him $25K, while his father donated $25K and his brother, Gregory, gave another $10K. In all, Zappala and his family gave more than $265K to his campaign.

The Northampton County DA raised $32,500 from PACs and businesses