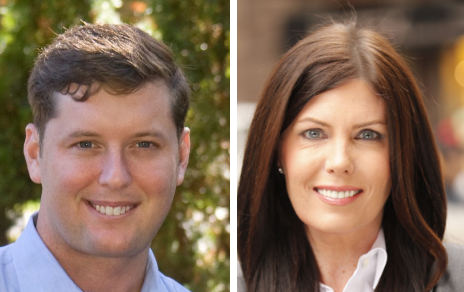 The Democratic primary for Attorney General has not been high-profile to date, but behind the scenes both campaigns have been hard at work trying to define each other. Kathleen Kane says Patrick Murphy is too inexperienced to be AG, while Murphy says Kane is too conservative to be a Democrat.

Side note: be sure to check out this weekend’s Inquirer article about this race. It captures the campaign’s primary dynamic: Kane is running a traditional AG race based on prosecutorial credentials, while Murphy is running as a party warrior hoping to expand the role of the office.

Back to the oppo: here’s the latest on what the campaigns are saying.

1. Kane camp: Murphy too inexperienced to be AG.

Kane seized upon news that Murphy has not taken the Pa. bar exam or tried a case in Pa, even challenging him to sit for the test. Kane, meanwhile, has prosecuted over 3,000 cases. He doesn’t have the resume to be the state’s top prosecutor, let alone compete with Republican hopeful Dave Freed, Cumberland County’s District Attorney.

Furthermore, her camp contends that Murphy took the bar in Minnesota rather than Pa. because it is easier there. The rate of passage in that state is about ten percent higher.

Murphy says that his military service put his on a unique career trajectory. He was in the JAG corps of the U.S. Army. In Baghdad, he successfully prosecuted Sheikh Tohma and Sheikh Moyad, each accused of terrorist activity.

He says he took the bar in MN on the advice of an officer who told him that state’s results come in faster. He was admitted to the Pa. Bar in 2004, based on his MN bar exam and his JAG service. He concedes that he has not tried a case in Pa.

A few weeks ago, the Murphy camp sent out a few quotes from executives of Kane is Able, a trucking and warehousing company, which are critical of labor unions. It matters, they say, because company executives (including Kane’s husband) are her campaign’s strongest financial backers (over 95 percent of her total contributions to date).

Kane response: She vocally supports unions; her relatives don’t speak for her.

“I grew up in a working class family, the daughter of the President of AFSCME Local 2584. … I’m pro-union because it’s in my blood and because I believe that America does best when it has a strong, growing middle class. I support the Employee Free Choice Act and as Attorney General, I will vigilantly defend the right to organize,” she told Capitolwire.

Additionally, she noted that Murphy’s law firm Fox-Rothschild boasts on their website that they “design and implement union avoidance programs.”

Her distance from the company, however, is questionable. Kane’s campaign additionally says that Kane herself has not been affiliated with the company. As Pa. Progressive’s John Morgan notes, that is at odds with several campaign finance filings by campaigns to which she has contributed. Those list her alternatively as an executive and an attorney with Kane is Able.

At a number of public appearances, Murphy has accused Kane of undermining President Barack Obama’s presidential campaign in 2008 when she – a campaign coordinator for Hilary Clinton – met with a surrogate for John McCain’s campaign.

Kane response: I never voted for a Republican for President; Murphy voted for George W. Bush. I mostly gave money to Democrats.

The ‘Kane for McCain’ meme traces back to August of 2008, when Kane and other prominent northeast Pa. Hilary supporters met at a social with Carly Fiorina, then the McCain campaign’s economic adviser. From the report:

Mrs. Kane said her presence at the gathering should not be read as a sign of support for Mr. McCain.

“I don’t know. I’m not sure. I’m trying to get as much information as I can on both of them,” she said when asked if she’s backing Mr. McCain. “I would have loved to see her as president. We still have a week to go. You never know what’s going to happen at the convention. I think she would be a fantastic choice (for vice president).”

She had company. In the wake of the 2008 primary, many Clinton-supporting Democrats in Pa. and elsewhere took time to warm to Obama. But it doesn’t appear Kane was a “PUMA” (the term for Hilary supporters who flipped to the GOP – party unity my a**). PoliticsPA was unable to find any evidence of Kane saying anything after the convention that favored McCain or criticized Obama.

And Murphy did vote for Bush. In his book Taking the Hill, Murphy wrote that he voted for Bush in 2000, “having been duped by his ‘compassionate conservate’ agenda.”

As for the $500 to Corbett, indeed Kane did contribute to his re-election effort in 2008. The majority of her political contributions (and her husband’s) have to Democrats.

Update: The Murphy campaign notes that the Kanes contributed $18,200 to District Attorney Andrew Jarbola over the past decade, plus $715 in donations to two other GOP candidates.