Another Democrat has surfaced in the low-key race for Pa. Superior Court. Michael Wojcik (WHOA-jick), an attorney who worked in the administrations of Allegheny County Executives Dan Onorato and Rich Fitzgerald, will run for the seat.

He noted his resume as a litigator, and said, “I’d be a very strong candidate for this office.”

Wojcik, 48, served two terms as Allegheny County Solicitor and is now a Senior Counsel at the firm Thorp Reed. According to his bio he represented County in civil trials and appeals in both the state and federal courts. He, his wife, and their two children reside in Fox Chapel.

He said he was considering a run in the crowded primary for the Allegheny County Court of Common Pleas when his network – including Onorato and Fitzgerald – advised him to look at Su
perior Court.

“There’s no one from the west in there, and tepid support for one or two other candidates,” he said.  “They encouraged me, I thought about it over the weekend, and decided, why not?”

In the primary he’ll face Joe Waters, 58, a municipal court judge in Philadelphia and a former police officer and U.S. Marine.

“It is our good fortune that Mike wants to return to public service by running,” Mills wrote. “Mike is highly recommended by the Allegheny County Bar Association and a candidate who can win every newspaper endorsement in the state. He is well positioned to raise the money it takes to run a statewide race.

Philadelphia Bar Foundation President Wendy Beetlestone had also considered a bid, but decided against it.

“After exploring the possibility of running I have decided that this is not the right time,” she told PoliticsPA. 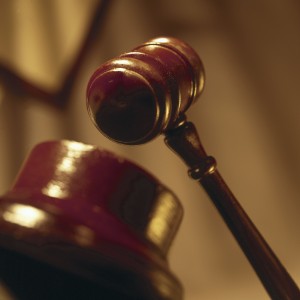 On the Republican side, attorney and 2011 Superior Court candidate Vic Stabile appears headed toward a PAGOP endorsement this weekend. The former Cumberland County GOP Chairman won the straw poll vote of every regional caucus to meet so far this year.

Steve Toprani, the former District Attorney of Washington County, has decided not to pursue a bid a spokesman said. Pike County DA Ray Tonkin also decided against a run.

Bethel Park District Magistrate Rob Wyda put his name forward for the southwest caucus straw poll, but was defeated by Stabile. It’s unclear whether he will pursue a bid.

Both state parties meet this weekend to endorse candidates. Wojcik left the door open to a run even if the committee endorses someone else.

“It’s something I’ll consider seriously,” he said. “But I think I’m a very strong candidate.”

Here’s the full letter from Mills: