By Jamie Backman and Keegan Gibson

According to an analysis of votes so far this session, Rep. Jason Altmire is the second most conservative Democrat in the country. He will likely be the most centrist incumbent on the ballot in 2012.

The Washington Posts’ U.S. Congress Votes Database shows that Altmire votes with his party just 52 percent of the time – the lowest of any member of Congress in either party except Oklahoma Rep. Dan Boren (D), with a score of 48 percent, and who has announced that he is retiring. 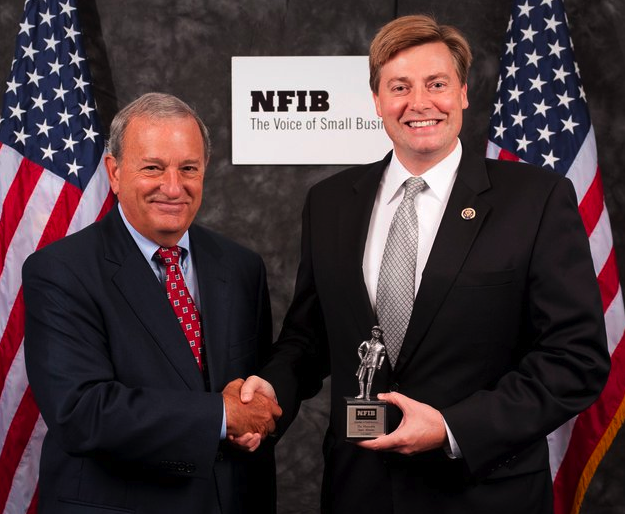 “I have always put my district first, and my centrist voting record is consistent with where you would expect a true representative of this district to be.” Altmire told PoliticsPA.

National Republicans aren’t buying it. One operative said that the vote rating was “skewed,” and that Altmire always votes along the party line “when push comes to shove.”  Several people contacted for the story noted that party leadership (Democrat and Republican) typically allows vulnerable incumbents to vote against their party when the vote won’t make a difference.

Another Republican noted that the Congressman’s scores in the past two sessions were 89 and 88 percent, respectively.

Conversely, a source close to Altmire suggested that the Congressman’s voting record is actually more conservative than those ratings indicate.  The source said that a plethora of ceremonial votes that inflated party loyalty scores in past sessions of congress, but not so this year.

2010 candidate Keith Rothfus recently announced that he will seek a rematch again in 2012. Rothfus was critical of Altmire’s record so far this session.

“The 2010 election scared Jason Altmire into listening to the people,” said Rothfus. “He is trying harder to conceal his record this year, yet he continues to vote against the important legislation that will make a difference. “

“While Altmire is willing to vote with Republicans on minor changes, when it comes to moving this country in the right direction, Altmire fails. The fact is he voted with the Democrats to keep the job killing Obamacare in place, he voted with Pelosi against a mere 1.6% cut in the 2011 budget continuing resolution, and for the second year in a row, Altmire did not vote for a budget plan to address this crisis.”

Nonetheless, Altmire has shown himself to be an elusive target. In a banner year for the GOP, opponent Rothfus fell 1.6 percent shy of defeating the incumbent.

Perhaps the perfect synopsis of Altmire’s political mantra surfaced during his speech to the National Rifle Association meeting in Pittsburgh this year. There he was introduced as a Congressman who, “voted against health care, voted against cap and trade, and voted against Nancy Pelosi for Speaker.”

“Many of our national leaders are on the wrong side of just about every second amendment issues,” Altmire told NRA members, “the playing field has never been more tilted.”  He went on to highlight the successes of the NRA, and to reinforce that as a Democrat, he voted with the NRA 100% of the time.

Other members of the PA delegation also stood out with their party voting scores: Democrats Tim Holden (71 percent) and Mark Critz (78 percent), as well as Republican Mike Fitzpatrick (79 percent).

Most notable on the list for Altmire is Mark Critz.  Some sources have speculated that these two representatives will face each other in a primary if their districts are merged during redistricting.  Critz has a slightly less conservative district than Altmire, and a voting record to match.

“Both Critz and Altmire are on the top of our list when it comes to looking for pickup opportunities across the country.  Altmire’s district is more Republican on paper, so that’s a clear pickup opportunity for us.” Tory Mazzola of the National Republican Congressional Committee said.

The new district may be more conservative as a whole, which would make Altmire’s record an asset in the general election but a possible liability in a Democratic primary. Labor leader Jack Shea was reportedly considering a primary challenge to Altmire in 2010.