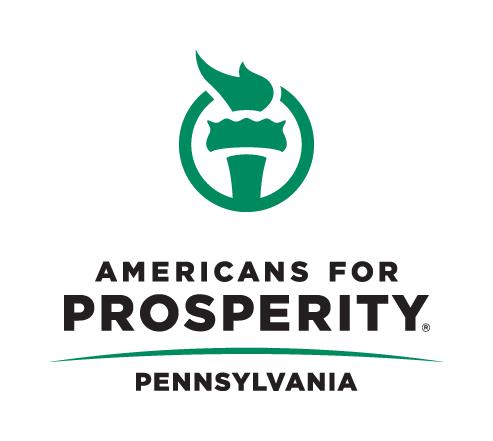 A first for the “free market activist” group.

“Our activists across the state are proud to throw their support behind these policy champions who have consistently demonstrated principled leadership in pursuit of policies that remove barriers so that every Pennsylvanian can reach their full potential,” said AFP-PA State Director Ashley Klingensmith. “These candidates haven’t simply worked to change the Harrisburg status quo – they’ve been true policy leaders and have built broad coalitions on the issues that matter most.”

Klingensmith adds that the group intends to “unite people” across the commonwealth and these candidates have a record of ensuring “lasting policy change.”

“Our main priority is to unite people around solutions that will make Pennsylvania a better place to live, work, and raise a family. These candidates share that priority,” Klingensmith continued. “From helping families thrive by building an economy that works for all to opening doors to opportunity by reforming our criminal justice system, these principled leaders will continue to build and drive coalitions that will ensure lasting policy change.”

“I think voters would be interested to know that Americans for Prosperity has repeatedly sought to weaken and repeal the Affordable Care Act  over the past decade, threatening protections for people with pre-existing conditions,” Dena Gleason, PA HDCC Executive Director, said in a statement to PoliticsPA. “Another of AFP’s main missions is to destroy unions–robbing workers of important workplace safety protections and the ability to earn a liveable wage.”

“In the best of times, these are policies that put profit over people, but during a global pandemic, they’re also tone deaf and dangerous,” Gleason continued. “I’ll be curious to see how–or if–these legislators promote an AFP endorsement.”

While a majority of the endorsed candidates are running in safe Repubican seats, a few of the candidates are considered top targets for Democrats in November.

Of the three Senate hopefuls endorsed, DiSanto and Martin hold seats that will be targets for the Democrats efforts to flip the chamber.

DiSanto, who is facing Democrat George Scott in the 15th District, won the seat in 2016 by 3 points over incumbent Sen. Rob Teplitz.

“In four years, Senator DiSanto has proven his commitment to ensuring our state government lives within its means – just as Pennsylvania’s businesses and families must do,” a release from AFP-PA reads. “Sen. DiSanto doesn’t just vote for good legislation, but sponsors legislation that paves the way for more opportunity for all Pennsylvanians.”

Martin, who coasted to a 15 point victory in 2016, will take on Democrat Janet Diaz in the 13th District.

AFP described Martin as a “vocal proponent of key reforms on a broad range of issues” in a release.

“Throughout his first term in office, Senator Martin has been a vocal proponent of key reforms on a broad range of issues, from criminal justice reform to economic opportunity,” the release reads. “He’s been a leading advocate for much-needed probation reform, and has sponsored legislation that would improve government transparency by ensuring public workers are fully informed of their rights over their paychecks. Senator Martin isn’t afraid of the substantive battles, but instead leans in to them, displaying civility toward and care to those Lancaster residents who have entrusted him with their representation.”

Dush, who represents the 66th District, is running in the ruby red 25th state Senate District and is expected to cruise to a victory.

Of the nine candidates that are seeking reelection in the state House, Lewis is running in the least GOP friendly seat.

AFP-PA pointed to Lewis’ work on “criminal justice reform to regulatory reform” in the endorsement.

“In his first term, Representative Lewis has made his voice heard on the importance of Pennsylvania being a commonwealth where opportunity to reach one’s full potential extends to all residents, not just few special interests,” the release reads. “He’s displayed a propensity to work with anyone to advance meaningful policies to break barriers holding Pennsylvanians back, such as criminal justice reform to regulatory reform.”

Democrat Brittney Rodas is challenging Lewis for the seat.

Although this is AFP-PA’s first slate of endorsed candidates for the state legislature, their sister organization, AFP Action, will be assisting Rep. Scott Perry’s (R-York) reelection effort in the 10th Congressional District.

The other member is Sen. Pat Toomey (R), who was the lone candidate supported by the group in the state in 2016. During the 2018 midterms, the only race AFP actively participated in Pennsylvania was former state Sen. Scott Wagner’s (R-York) unsuccessful gubernatorial bid against Gov. Tom Wolf.

This story was updated to correct the note that AFP-PA is a “Koch-backed group” plus the difference between AFP and AFP Action, the group’s sister organization.