An Evening With Dave McCormick 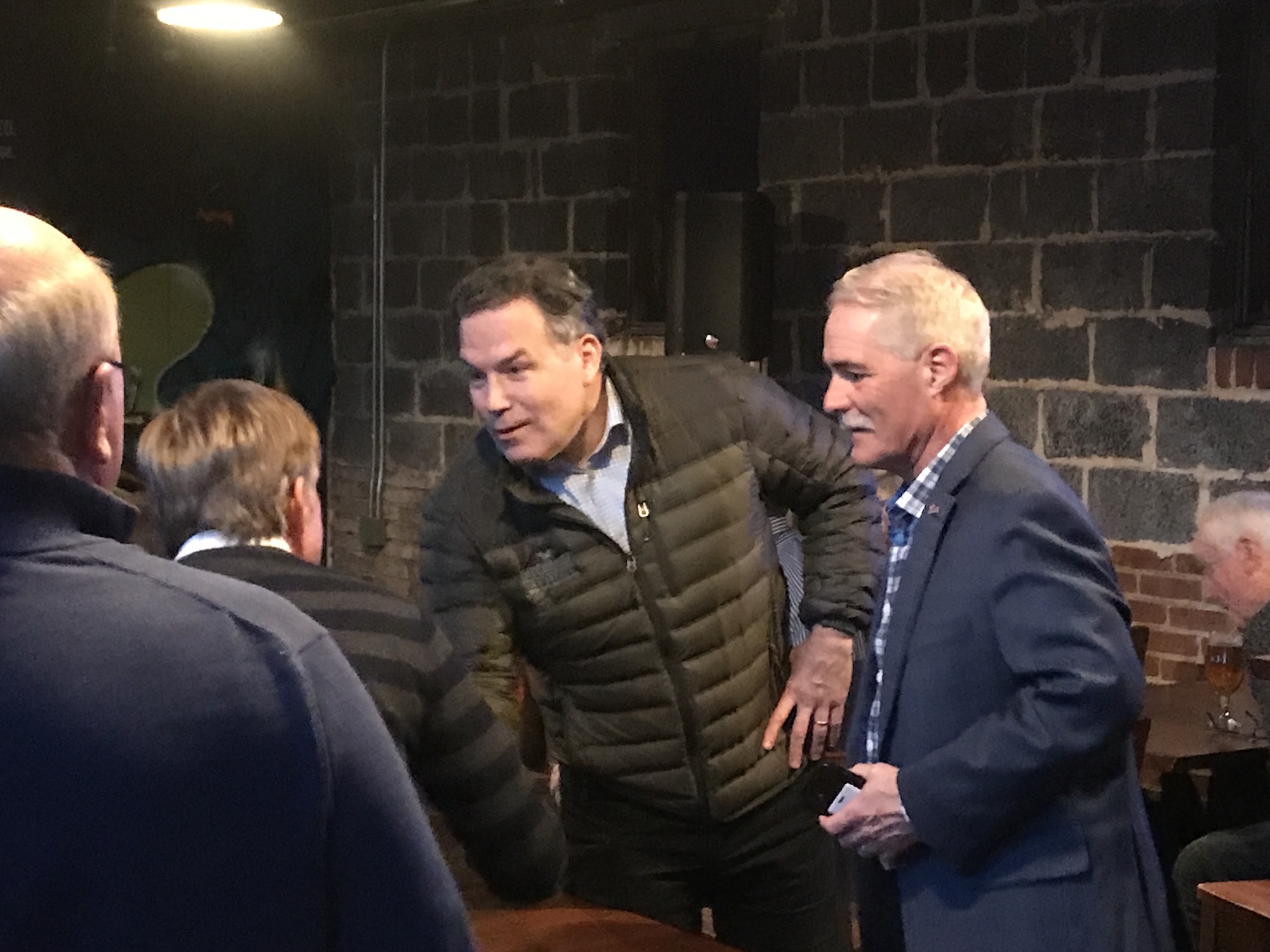 Republican U.S. Senate candidate Dave McCormick made a campaign stop in Lancaster on Monday night, stopping by the Spring House Brewing Company to meet with about two dozen citizens from Berks, Dauphin and Lancaster counties.

Many of the attendees appeared to be on the market for a candidate to support and were anxious to hear what McCormick, the former hedge fund CEO, had to offer.

“I want to know where he stands,” said Delia Herr of Wyomissing. “I’m just learning about the candidates and I want to educate myself.”

Diane Coffey of Lititz agreed and wanted to know more about his stances on Ukraine and the fracking industry.

“I’m still trying to decide on a candidate, although I have made a decision on an absolute no,” commented Gerald Earl of Ephrata. “I want to know what (McCormick) believes, not what is bad about (other candidates). I don’t care.”

McCormick spoke to the audience for about an hour on topics ranging from why he entered the race to the second amendment to school choice.

“How many people do you know that have applied for a job where you make a lot less money and your reputation is going to be less good than it was when you started,” he joked. “That’s the job I’m applying for. We’re in a moment where the stakes are so high.”

“Seven, eight months ago, I wasn’t going to run,” he said. “Afghanistan shook me as someone who watched our country be humiliated and the weakness it portrayed to the world. It was also inflation at a 40-year high due to the socialist economic policies under the Biden administration.”

“I’m running to push back on the wokeness and the weakness that’s really on the rise.”

He quickly hit upon some of his stances, including how life begins at conception, China as an existential threat and continuing the trade policies of former President Donald Trump.

McCormick deftly avoided a question about his thoughts on January 6, talking about how his wife (Dina Powell) worked in the Trump administration as deputy national security adviser. He did state that “the election was really troubling” and “there’s real questions” and that “we’ve got to fix it at the state level and not the national level.”

He stated that voter ID should be universal.

When asked about the crisis in Ukraine, McCormick offered that “America under Biden invited weakness and stated that we need to demonstrate strength with energy policies that diminish (Vladimir) Putin.” He said that the U.S. should continue to offer lethal aid and help the refugee crisis, but not to send in American troops. “America is not ready for that.”

Herr asked McCormick directly about why he has not debated on the public stage against the other senatorial candidates.

“There was a debate scheduled (at Villanova) and Mehmet Oz pulled out and I basically said if we’re going to have a debate, let’s have a debate with everybody including the person that the public holds as the front-runner. I’ll debate anytime, any place, I’m ready to debate today, but let’s make sure we have the key candidates.”

He shared that there is discussion about holding a debate in mid-March in Washington County but offered no other details.

McCormick did say that if elected as senator, he would term-limit himself to two terms.