Analysis: Is Philly a Blessing or Curse for Dougherty? 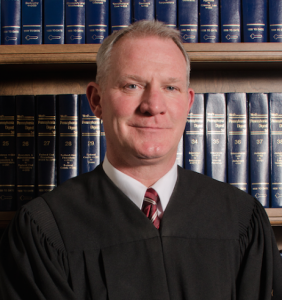 Last Tuesday was a good day for the Dougherty family.

Additionally, in a race that didn’t garner the same headlines but may prove just as important, Kevin Dougherty won the Democratic nomination for one of three open seats on the PA Supreme Court.

Unsurprisingly, much of Kevin’s support came from Philadelphia.

John (or “Johnny Doc” as the media, but hopefully not his family, calls him) is the influential labor leader of IBEW 98. The union gave a substantial amount of financial support to Kevin. That aid paid off when the final results came in.

Judge Dougherty received 357,524 votes statewide. In Philadelphia, which is a county as well as a city, he pulled in 139,738 votes. So just over 39% of Dougherty’s total came from Philadelphia.

Now this isn’t unexpected, after all Dougherty is from Philadelphia and serves on the city’s Court of Common Pleas. He also received significant support from Philly’s “collar counties” as well (if you add his votes from Philadelphia, Bucks, Chester, Delaware and Montco together it comes to 55.5% of his total).

Although this does potentially present one large problem. It is entirely possible more Philadelphians turned out to vote last Tuesday then will show up on November 3rd.

Philly, like nearly all U.S. cities, is a Democratic stronghold. Therefore, an open six-person party primary could draw more voters than a general election in which no one believes the GOP nominee has a chance.

For instance, during Philly’s last open Mayoral contest in 2007, 291,492 showed up to vote in the Democratic primary. Come general election time, though, turnout was just 222,583. That represents a near twenty-five percent drop-off.

Considering 231,243 Democrats voted in this year’s Mayoral primary, I did some math to reach an estimate of how many fewer voters Dougherty can expect out of Philly in November (please keep in mind I’m a political science major and not Euclid). If there is a similar drop in turnout from 2007, that could mean approx. 35,000 less votes for Dougherty.

Given this possibility, the Dougherty campaign should focus on other Democratic areas throughout the commonwealth so there are not over reliant on any one part of the state.

Ultimately, Philly turnout for Dougherty will be an intriguing subplot of an intense battle to fill three open seats, and determine the direction of PA’s highest court for decades to come.