And Pennsylvania’s Bellwether County is…. 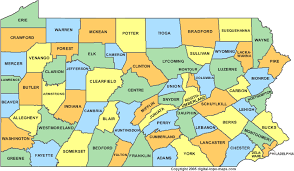 We broke down the statewide results, and just one county of the 67 in the Commonwealth can truly claim the bellwether status for the 2020 election.

That county, situated in the Lehigh Valley, is Northampton County.

In 2020, Northampton County was the only county in the state to pick the winner in all four statewide showdowns.

In 2016, Trump’s flip of the county was considered crucial to his path to turning the state red. 49.98% voted for Trump in the county in the 2016 presidential election, while 46.18% voted for Sec. Hillary Clinton.

Attorney General Josh Shapiro kept the county in the win column on his successful bid for a second term. Shapiro received 82,628 votes, while GOP challenger Heather Heidelbaugh collected 77,937 votes. 49.96% voted for Shapiro, while 47.12% voted for Heidelbaugh.

Shapiro’s 2.84% victory in the county is the widest margin of the four statewide contests in 2020.

Republican candidates Tim DeFoor and Stacy Garrity also carried the counties on their way to victory.

Garrity received 79,760 votes for Treasurer, while incumbent Democrat Joe Torsella received 78,975 votes. Like the statewide totals, this specific race was the closest of the four in the county. 48.45% voted for Garrity to flip the seat, while 47.98% voted for Torsella to secure a second term.

During Torsella’s successful 2016 bid, he carried Northampton County. 50.50% of voters in the swing county sided with Torsella in 2016, while 47.84% voted for Republican Otto Voit.

In 2016, the only county in the commonwealth to correctly pick the winners of the three row offices races plus the presidency was Erie County, but Northampton County has regained the crown as the bellwether of Pennsylvania.