And the Award for First SuperPAC in the Senate Race Goes to: David Christian! 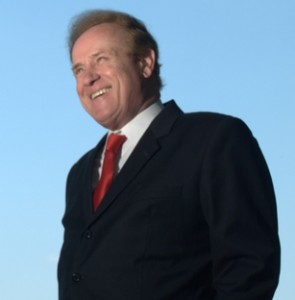 The SuperPAC craze has come to Pennsylvania, where a group favoring Bucks County businessman, veterans’ advocate and U.S. Senate hopeful David Christian has popped up and is giving grief to two of the front runners in the race.

“a SuperPAC” has been quite busy since its inception on January 4. Today, Republican committee members and activists opened their mailboxes to find one of three pieces attacking either Tom Smith or Steve Welch.

A copy also went to Larry Ceisler, a co-owner of PoliticsPA. That’s one way to get our attention.

The mailers are marked “Paid for by a SuperPAC and not authorized by any candidate or candidate’s committee.  www.asuperpacforhire.com”.

The organization’s founder, Matthew Balazik, says the pieces went out to, “enough statewide to make our point.”

“More than state committee, fewer than all super voters, for now,” he said.

One mailer zings Smith, a former coal company owner and Tea Party leader from Armnstrong County, for the fact that he was a registered Democrat until just six months ago – indeed a Democratic committeeman. PoliticsPA looked at that attack in December, and found that Smith was kicked off the committee for supporting Republicans.

Two mailers zing Welch, an entrepreneur and former congressional candidate from Chester County, for his support of Barack Obama in the Democratic primary in 2008. Welch says he voted for McCain in the general election. Here is the first mailer and the second.

Anyone who watches news (or the Colbert Report) knows the story. Since the Citizens United case, “superPACs” are permitted to spend unlimited, almost untraceable amounts of money, so long as they do not coordinate with candidates or campaigns.

We say “almost” because of cases like this. Balazik is a veteran of the PAGOP, where he worked in the Lehigh Valley with Skip Salveson during the 2008 campaign. Salveson is Christian’s campaign manager.

“He’s a great guy that I worked with at PACAN and extraordinarily well-versed in campaign finance law,” said Salveson of Balazik.

“A SuperPAC is an independent operation not working with or at the behest of the David Christian For US Senate campaign. While the David Christian campaign and it’s team have nothing to do with this effort, I’m glad to see Matt is putting his wit to good use.”

Tim Burns, a businessman and former congressional candidate from Washington County, is also in the race to take on Sen. Bob Casey. As are Sam Rohrer, a former state Rep. and 2010 gubernatorial hopeful; Marc Scaringi, a Cumberland County attorney and former aide to Sen. Rick Santorum; and John Kensinger, a pharmacist from Bedford.