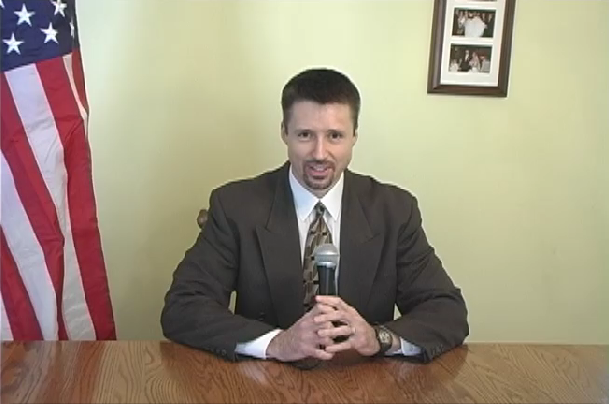 Fed up with the way things are going in Washington, Bedford County pharmacist and one-time 2010 candidate John Kensigner has decided to enter next year’s GOP primary to face Senator Bob Casey. He wants to, “see the nation headed in a different direction.

Kensinger briefly ran for U.S. Senate back in 2010, but hopes that this race will be much more successful, and thinks that logistics and timing will work out better this time.

“Its about trying to gain support to get on the ballot. Ballot access in Pennsylvania is the key. We’re hoping that this time around, we’ll be able to gain access to the Republican primary ballot, and hopefully the main election in November against Robert Casey.”

U.S. Senate candidates in Pennsylvania are required to have 2,000 petition signatures.

On his campaign website, Kensigner outlines many of his proposals to bring about economic growth, through tax reform and health care changes, and his goal to have sustainable jobs in the private sector rather than short term government spending to create jobs. One of his biggest proposals involves creating tax breaks for wealthy, elderly Americans who choose to decline Social Security and Medicare, in the hopes of getting the services and funding to those who can’t afford it, while avoiding tax hikes.

Kensigner believes that his many plans to stimulate economic growth, as well as an initiative to place 12 year term limits on elected officials in the federal government, will help take America back to what the founding fathers intended.

“By doing so you wouldn’t have career politicians who are more concerned with keeping their job than doing whats best for America, because that’s where I feel the system has become broken. The founding fathers never envisioned career politicians; they wanted people to serve their country, much in the way our armed forces serve today.”

Former State Rep. and gubernatorial candidate Sam Rohrer of Berks County is also considering a bid. We here at PoliticsPA have also heard former Congresswoman Melissa Hart’s name mentioned, as well as perennial GOP runner-up Peg Luksik. It appears that Robert Mansfield, a veteran and Philadelphia native who briefly ran for Governor in 2010, is in the process of transitioning his website to a Senate bid.